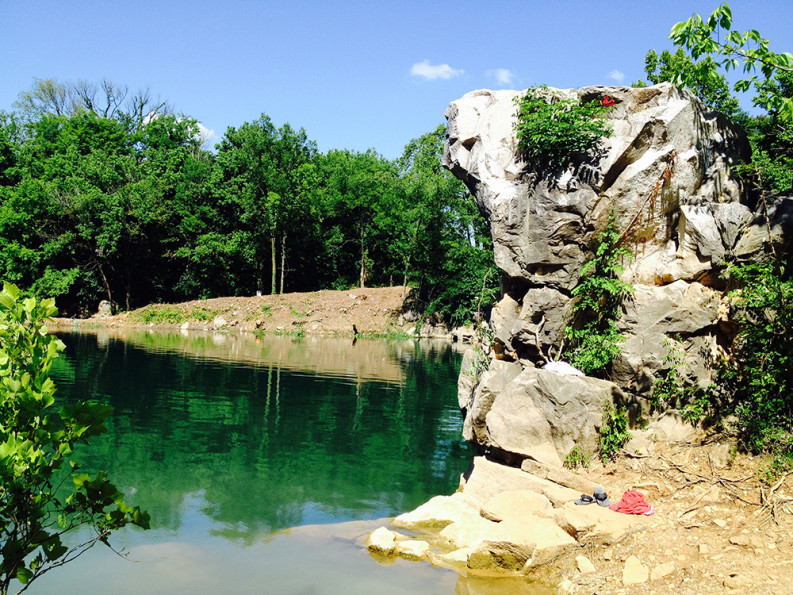 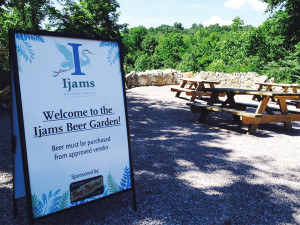 Mead’s Quarry Lake, once the site of an industrial-age Tennessee marble quarry, later an illegal dump, has nearly completed its transformation to recreational area with all the amenities and regulations visitors expect in a public park. Those amenities include a convenient parking lot, porta-potties, boat rental kiosk, concession stand, and a beer garden. Contrast that with Fort Dickerson Park’s quarry lake, the other South Knoxville former marble quarry turned public park, which lacks every one of these features. To those who remember the area around Mead’s as a lonesome weed-choked rubble pit, as it was only a few years ago, these changes may seem surreal.

Mead’s Quarry is located just off Island Home Avenue, in South Knoxville’s recently branded Urban Wilderness, the recreational/cultural/historical preservation project promoted by non-profit Legacy Parks Foundation. Mead’s is technically Knox County property. Since the county acquired the lake and surrounding land in 2001, Ijams Nature Center has managed it. That contract is now in transition, as negotiations with County Mayor Tim Burchett are underway to transfer ownership to Ijams.

One hot afternoon last week, I saw a couple slip off their rented paddleboards for a quick dip in the quarry lake before floating in the water of a secluded inlet, clinging to the edges of their boards and fudging park rules a little. For now, signs state swimming is forbidden. That policy is about to change. This summer Ijams plans to open a new swimming area to “formalize what people are already doing,” says Ijams Executive Director Paul James.

The designated swimming area will be marked off with floating foam ropes near Pinkston Pointe, a large rock jutting into the water at the north end of the quarry lake. New signs will go up advising visitors to “swim at your own risk,” as no lifeguard will be on duty.

Ijams, the county, and many volunteers have done remarkable work in cleaning up the quarry lake and shore, but remnants of the area’s illegal dump phase remain. Embedded in the crushed gravel pathways are fragments of broken window glass, carpet fibers, and asphalt shingles. Despite years of serving as a dumping site, an informational kiosk says “the water is surprisingly clean.”

The edge of the lake is muddy and rimmed with algae scum—not perfect for swimmers, but farther out, the water is clearer. The water in Mead’s is not formally tested for pathogens or toxic chemicals. James says freshwater jellyfish, a clean water indicator species, are sometimes seen in the water—a good sign for the health of the lake.

This is the fourth year boating has been allowed on the lake, and this summer it has proved more popular than ever. A kiosk near the parking lot rents River Sports Outfitters paddleboards, kayaks, and canoes for $11 an hour. Summer hours are seven days a week, Monday-Friday, noon-8 p.m.; Saturday 10 a.m.-8 p.m.; and Sunday noon-7 p.m.

Private boats are not allowed, a rule eliciting some grumbles among boat owners who feel that River Sports has a monopoly at Ijams. The 25-acre quarry lake, 80 feet at its deepest point, is a smallish body of water. James says Ijams staff is concerned about the impact too many boats may have on the environment and the “quality of the experience” for boaters, and wants to control their numbers. Another project Ijams hopes to complete this year is a wheelchair-accessible public dock close to the boardwalk along the Tennessee River. Ijams will direct private boats to this nearby river dock. 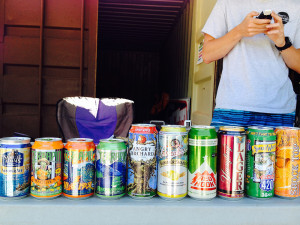 Outside alcohol is not allowed, but the concession stand sells beer from Bearden Beer Market in 12-ounce cans for $4 or 16-ounce cans for $5, which must be drunk at the beer garden picnic tables.

Ijams is doing its best to provide—in a regulated, controlled way—all the ingredients that make for a perfect summer day: swimming, boating, and cold beer by the water. Is Mead’s a glimpse into what the future looks like for Fort Dickerson Quarry? If so, this may be good news to those who appreciate the safety measures and amenities, dismaying to others who revel in untamed spaces. Can the stewards of these jewels of South Knoxville provide safety and convenience for visitors while preserving the wild in the urban wilderness?