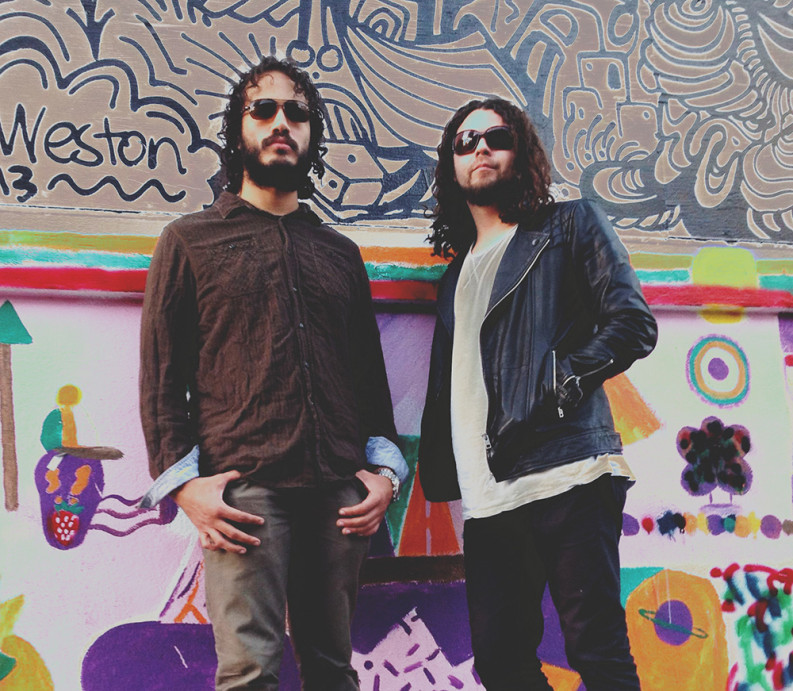 Gainesville isn’t usually known as a destination for anybody except SEC sports fans. But Alex Cordova, a drummer from South Florida, landed in the north central Florida town in 2011 with the sole purpose of joining the city’s underground psychedelic-rock scene. One of the first bands he encountered was James Barreto’s Ancient River, a loose and sprawling collective of musicians who met and recorded at Barreto’s home studio space and had just started performing live.

“I moved there specifically to make music with another band in town, and then I met James,” Cordova says. “I had never joined a band that already existed. I can say this about Ancient River—when I found out about the band, if I hadn’t joined, they probably would have been my favorite band in Gainesville. I kind of feel like it was the right time, right place. Once I met James we were both pretty serious about it and pretty motivated.”

At the time Cordova first heard the band, Ancient River was still finding its way. The group’s earliest recordings were primitive heavy throwback rock laced with occasional flourishes of West Coast hippie stylings—harmonica, acoustic guitar interludes, and dreamy harmony choruses. By the time of 2011’s Songs From North America, the band’s scope and ambition had grown; the dinosaur guitar riffs had been replaced with the sun-baked desert twang of the Meat Puppets and Crazy Horse. (The band’s name comes from the lyrics to Neil Young’s “Thrasher”: “Where the eagle glides ascending/There’s an ancient river bending/Down the timeless gorge of changes/Where sleeplessness awaits.”)

Cordova brought the whole sound together. On 2012’s Let It Live, Ancient River no longer sounds like a band trying to discover itself. As the band’s lineup stripped down and solidified and Cordova and Barreto cemented their creative partnership, all of their identifiable influences—Buffalo Springfield, Saucerful of Secrets, Hawkwind, the Nuggets compilation, the 13th Floor Elevators, Ennio Morricone—were thrown together into a wild, propulsive mix of Americana, space rock, psychedelic pop, Italian horror soundtracks, and punk.

For all the varied source material, though, Ancient River’s music is distinctly American—it’s the sound of the frontier and wide open spaces. That’s notable, since Barreto is the child of immigrants. His father is Colombian and his mother is from Cuba, and he was born in Yemen and spent part of his childhood in Africa. (Cordova’s family is originally from Puerto Rico.)

“I’m pretty much a product of American pop culture,” Barreto says. “Once I came over here, that was really strong. I absorbed that stuff the strongest, especially in my teenage years and right before I started playing music.”

As the group became more serious and started touring, though, the level of commitment necessarily grew. By the time Keeper of the Dawn, Ancient River’s fifth album, was released this spring, the band was down to Barreto and Cordova. But Keeper is the band’s most fully realized recording to date, a gorgeous and harrowing journey through the history of head music.

“We scaled back the amount of members and it seems like the sound got bigger,” Barreto says. “I don’t know how we did that, but we’re going with it and having fun. It’s a challenge, but some things have been easier, like touring and band democracy—it’s easier having a small unit.”

Other changes have accompanied the new streamlined version of Ancient River. Barreto moved from Gainesville to London last year, and Cordova resettled in Austin, Texas. But they’ll spend half of 2015 together—they spent a month in Austin this winter practicing and recording and have just started an arduous national tour that will last through July. Then they’re headed to Europe for a fall tour.

“It didn’t really affect things too much this time,” Cordova says of the geographic separation. “With all the touring, we spend a lot of time together. I think we’ll be able to pull it off.”