The Sense: 'The Sense' and 'City of Traitors' - The Knoxville Mercury 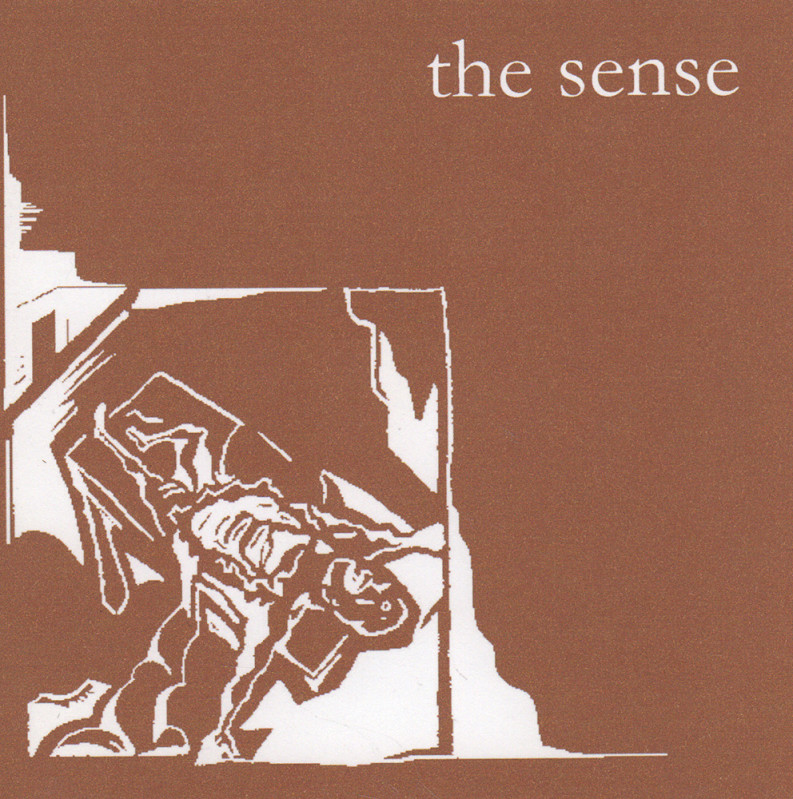 The Sense made their mark on the city’s mid-’00s all-ages scene with an upbeat post-hardcore sound and relentless work ethic. Taking their name from a 2002 Hot Water Music song, the Sense drew heavily on that band for influence, but they distinguished themselves with a rich tunefulness, spearheaded by Steven Delk, whose vocals suggested a less cynical version of Bad Religion’s Greg Graffin and navigated the gray area between emo and pop-punk. The Sense recorded two EPs before disbanding, one of which was never made publicly available; both, plus scattered demos, are newly available online in conjunction with this column.

BASSIST MIKEY ALLRED: The five of us grew up together in Jamestown. We were basically the only people our age interested in playing in bands. We had a few before the Sense—the five of us together, as well as in different combinations. This was the first one that started to get out of Jamestown more than a handful of times.

GUITARIST JOEY ALLRED: We played our first show in the parking lot of a roller skating rink in Tullahoma, in 2003. I don’t think we went over very well, and we probably played pretty badly. I remember Doug cutting his hand on something and bleeding all over his guitar, and later, we somehow got into an online beef with one of the bands we played with. I think it had to do with guitar solos.

VOCALIST STEVEN DELK: We eventually became the Sense and became the heaviest band in Knoxville—weighing in at nearly 1,500 pounds, not counting all of the equipment.

MIKEY ALLRED: Growing up in Jamestown, before the age of Napster and all of the other peer-to-peer sharing platforms, there was little opportunity to be exposed to outside-the-box music. We cut our teeth on pop punk and third-wave ska punk. There are exceptions, but I can’t stand to listen to a lot of that anymore.

GUITARIST DOUG GARRETT: In the early days, we tried to demo everything. We would go to local shows and pass out demos. We also frequently posted on the KnoxShows message board. We made friends with several local bands and started opening for them.

JOEY ALLRED: The first show we played in Knoxville was later that year in a backyard with a band called Redefine. A couple days after that, Mikey and I were in a car wreck and I had to get my arm screwed back together, so I wasn’t able to play guitar well for a while.

DRUMMER KIRK WRIGHT: We started playing around in Knoxville pretty quickly, as that was where Mikey and Joey lived at the time. And I remember playing so many shows at Old City Java.

DELK: We played so many times at Old City Java, I can’t even count. What a big mashed-up, beautiful memory that is. Atropos, the Bloodiest Night of My Life, Beware the Gentlemen, the Shape, Royal Bangs, Joey’s Loss. I know I’m leaving some bands out, but it was an amazing time to be playing in Knoxville.

JOEY ALLRED: I remember a lot of swoopy dyed black hair and breakdowns from bands we were playing with, and not having enough cred yet to play at the Pilot Light.

GARRETT: We would practice all day on Saturday. We would work on music for hours. A huge fight would break out between the brothers, Steve would go lay on the couch, Kirk would pull a Gameboy from his front pocket, and I would silently play guitar. Then a couple hours later we would quit playing and watch music videos until Saturday Night Live came on. That was every Saturday of my life for a couple years. I miss it sometimes.

MIKEY ALLRED: We were all posting on the KnoxShows forum at the time. I think most people who heard our music found out about it there. I think some of the people a few years older than us liked it because it reminded them of the music they were into in the ’90s. Being from the middle of nowhere, we were more than a few years late to the party.

WRIGHT: By 2004, we were playing a show almost every weekend. It was at the peak of our live playing. We called it the “Summer of Sharky’s,” because well over half the shows we played that summer were at that bar.

GARRETT: We were all somewhat perfectionist. We practiced a lot and demoed all of our songs before spending time recording them. It was stressful and at times nearly wrecked the band, but the finished product was worth it.

MIKEY ALLRED: We recorded some of the earlier stuff ourselves on a shitty laptop with a pirated version of Cakewalk. Then Greg Barker recorded a self-titled EP for us in my parents’ basement. That was a big step forward in sound quality, and we had started to get a bit darker and less straightforward musically at that point.

PRODUCER GREG BARKER: I met the guys from the Sense when I was playing with Atropos. They gave me an old demo they recorded that was very rough, but the songs were really good. They approached me to record an EP, and being a fan of the band, I was honored to be a part of it. I had limited equipment and experience, but it was a blast to put together. The end result is certainly raw, but I think it suits their style. I still listen to it quite a bit, which isn’t due to any involvement on my part, but because they were a great band with great songs.

GARRETT: The first EP had a great sound. We spent a day recording four songs. There wasn’t time to polish anything. It’s a great reference to how we sounded.

WRIGHT: The next record we did with Miah [Lajeunesse] over at the Sound Lair. That one was a little more intensive, as we had to move all our equipment into a new space and record there, which I myself had never done. I remember it took a little longer on that one, since we recorded more songs.

JOEY ALLRED: The Sound Lair recording never got a proper release, really. We sent a promo copy of it to Deep Elm Records after playing some with a band called Lock and Key that was on that label and meeting the president at one of their shows. They asked if we were interested in having one of our songs on a compilation. We signed release forms and were set to be on the third installment of their This Is Indie Rock series, but we broke up before that could come to fruition.

WRIGHT: I guess the Sense was coming to an end around mid-2005. The big thing that ended it was Steve deciding to leave the band. We decided to go on and keep playing music as City of Traitors, which we had already decided we were going to adopt as our new band name, but Steve’s voice was such an integral part to the sound of the Sense that there was no way we could consider ourselves the same band. At the same time, our musical direction began to veer off into wildly different arenas, so Doug departed as well. It all happened pretty quick—maybe a couple of months. I guess when Doug left, it was officially over, but it was already over when Steve left. It just wasn’t the same band anymore.

DELK: It was a thing that should have ended up being a break and not a break-up. This band ending was one of my biggest regrets. For my part in it, I’ll probably never really forgive myself. These guys are still my brothers. Everybody moved on and did this and that, but we will always have this connection. Knoxville was such a hotbed of talent at the time. Beautiful town, beautiful time, lovely people.

Mikey Allred plays in Across Tundras and Holy Mountaintop Removers and runs Nashville’s Dark Art Audio recording studio. Joseph Allred lives in Crawford, Tenn., running Meliphonic Records and playing regularly under his own name and as part of the duo Graceless. Doug Garrett lives in Jamestown and records music as You Were a Weapon. Steven Delk lives in Crossville and hopes to begin making music again soon. Kirk Wright lives in Jamestown and works for the Fentress County Register of Deeds.