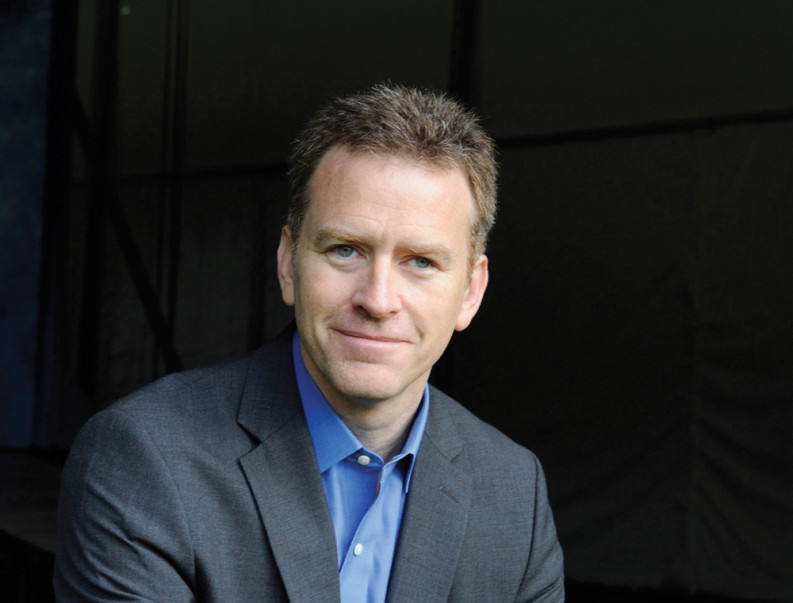 Jacksonland is a book nobody much expected—perhaps not even, until a couple of years ago, its author, Steve Inskeep.

NPR’s morning host is known for his up-to-the-minute reporting of breaking news, his sometimes merciless interviews of presidents and prime ministers, and his foreign reporting from faraway places like Syria, Iran, and Venezuela. His first book was about modern Pakistan. And then suddenly he comes up with a book about Andrew Jackson and the Deep South of 180 years ago.

“It’s all connected,” Inskeep says, speaking on a cellphone from Washington, D.C., where he lives and works when he’s in America. “I cover news, or try to, with a sense of history. Covering a war makes me think about other wars.”

Originally from the Indianapolis area, Inskeep, who turns 47 in a couple of weeks, went to college at Morehead State, in Kentucky, where he studied history. It gave him a habit of looking way back.

“Two or three years ago, I was fed up with our current politicians,” he says, and he wanted to get to the root of the problem, in the origins of the two-party system. “I wanted to look at how it all came together. I’ve always been interested in the 1830s. This is when democracy starts looking recognizably like the democracy we have now. America was becoming a diverse country, trying to figure out how they’re going to coexist and live together. And Jackson is just about the most compelling character of the era.”

Inskeep had started on the book when he was working as a war correspondent. “I never had time to work on it in Syria,” he says. But last year, when he drove the length of the Mexican border, sending back a dozen different stories about smuggling of drugs and people, “I was totally thinking of Jackson.”

What makes Jacksonland different from other Jackson biographies is its almost equal attention to a Cherokee chief named John Ross. Though well known to students of East Tennessee history­—he established Ross’s Landing, which later became better known as Chattanooga—Ross is an undeservedly obscure character in American history. An early ally who worked closely with Jackson during the Creek Wars, Ross later became Jackson’s leading antagonist.

“I’d never heard of him, three or four years ago,” Inskeep admits. When people have talked about Jackson and the Cherokee, Inskeep has observed, they usually picture the ruthless, reckless Jackson abusing “the faceless Cherokee victims.” Simplistic stories are unsatisfying to journalists. “I wanted to put a face on that,” Inskeep says. “And when I found John Ross, I thought, here’s the guy I wanted to put a face on.”

Most Cherokee leaders’ inner lives are obscure to us. However, Ross, who had some white ancestry and was fully literate in English, left hundreds of personal letters to read.

“The Cherokee were active participants,” Inskeep says. “They had agency. They were a really creative and interesting people.”

As for Jackson, “I mark him down for a lot of despicable things,” Inskeep says, adding that some readers may find more reasons to dislike Old Hickory. Jacksonland brings forth how Jackson, despite his famously firm opposition to South Carolina over the Nullification Crisis, expanded slavery when he expanded the South. Inskeep also outlines how Jackson personally profited from his conquests.

“But there’s something kind of admirable about his persistence,” he says. “There’s something about Jackson that has to be respected.” Jackson did expand the white-controlled South to a degree little understood even by Southerners. Florida, most of Alabama and Mississippi, about half of Georgia, Southeast and West Tennessee, and even Western Kentucky came under U.S. control thanks to Jackson’s relentless military, diplomatic, and political forcefulness.

“Of course, he didn’t really try to protect the Cherokee,” Inskeep says. “But you can’t claim there were any easy choices.”

Would Inskeep like to have a drink with Jackson? Until now his casual phone voice is just different enough from his radio voice that it might give you doubts that you’re talking to the guy you hear on the radio at 5 a.m. But then he lets loose his familiar guffaw.

“I think I would!” he says. “In my work I have learned to appreciate all kinds of people, even the ones who are over the top, difficult, egotistical.” Jackson, he says, is someone who desperately wanted to seem just—even though his ideals often got “overridden” by his own ego.

History shares much with journalism, he says. “In daily journalism, I try to be careful and slow, and look at all sides of things, listen to what people say. In history, too, you need to listen to people. I was lucky to pick two characters who wrote a lot of letters, and letters so expressive and reflective of their personalities.” Ross was much more restrained than Jackson, but enjoyed subtle humor. “Jackson just splatters all over the page.”

Inskeep mentions getting valuable advice from University of Tennessee professor Dan Feller, director of the Papers of Andrew Jackson project. In a back-cover blurb, Feller praises the book’s accuracy, fairness, and relevance.

Neither Jackson nor Ross are pure heroes or villains. Both white president and Cherokee chief owned slaves. “I want to present human beings as human beings—good and bad,” Inskeep says. Jackson was an especially complex figure, who early in his career had worked in closer alliance with Indians than most American military leaders ever had, and once insisted on Cherokee fighters getting equal pay. But he was a forceful personality who didn’t like to be crossed, and could be unforgiving. υ

Steve Inskeep is speaking at the Bijou Theatre on Tuesday, June 2, at 7 p.m. Admission is free, but registration is required; visit knoxfriends.org. The front part of the Bijou is a ca. 1816 hotel that hosted a fete for Jackson early in his career, when he was most famous as the hero of New Orleans.