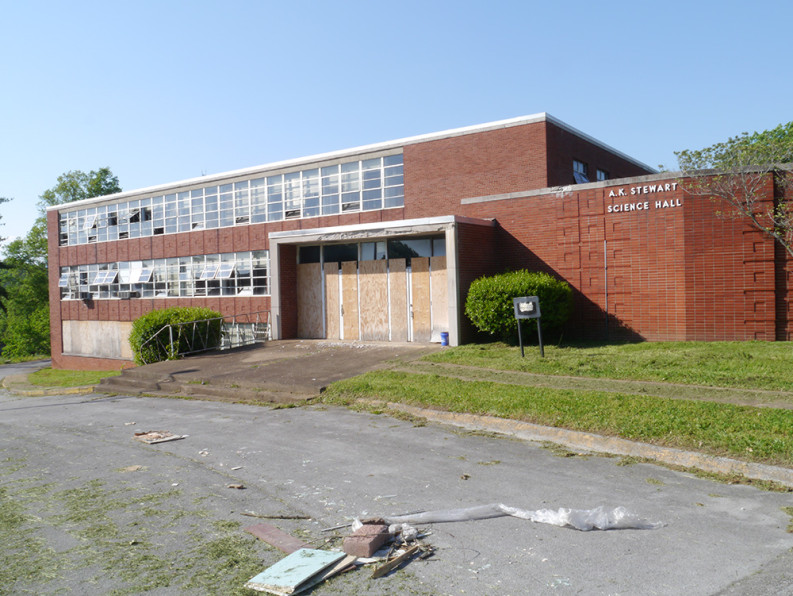 Knoxville College is at least temporarily putting the brakes on a deal with local construction firm Southeast Commercial to redevelop the college property. James Reese, chairman of the college board of trustees, said Thursday that the board agreed to set up a redevelopment committee to help the college create its own “master redevelopment plan:” essentially, a vision of what the college would like to see happen on its 39 acres just outside downtown in Mechanicsville.

Committee members, who are being identified and approached by board vice chair Leonard Adams, will be development and real estate professionals from the public and private sectors, Reese says. (Adams himself, a Knoxville College alum, has developed housing for former veterans and the recently homeless in Atlanta.)

Reese says he thinks most committee members will be from Knoxville and that they will be appointed in the next week or so.

“I hope to get this whole thing done in 45 days,” Reese says of the process.

At 140 years old, the private college had a huge impact over the years as it educated black leaders. But it is more than $6 million in debt, many of its buildings are falling down, and it announced last month that it will not hold classes next semester. Nevertheless, trustees hope to raise funds, regroup and resume classes in fall of 2017.

In March, Southeast Commercial proposed to the college an exclusive “master developer agreement” giving Southeast a year to put together a redevelopment vision, line up financing and otherwise prepare to overhaul at least part of the campus into something else, although the shape of any commercial or residential projects weren’t yet determined.

Reese had expected trustees to vote on the proposal several times in the last week, but they have delayed that action.

“I think it was just, based on where we were and some conversation (Adams) had with the city, we just thought, ‘Wow, maybe we can open this up a bit wider,’” and get more options, Reese says. Adams met with Knoxville Mayor Madeline Rogero last Friday.

College officials have said several others were interested in offering their own redevelopment plans. At least one of these, a partnership between two Mechanicsville residents, appeared late in the game after the Southeast Commercial deal was close to completion. Partner Bentley Marlow said his group was given only eight days to compile a competing proposal and could not meet the deadline. He says his group remains interested.

When he heard about the new committee, Marlow said, “I think this is the right move … The more eyes that are looking at the situation and the more brains that are engaged in finding better solutions, the better solutions there will be for Knoxville College, for the city, for the neighborhood, for everyone.”

Reese says he expects the college to continue its dialogue with Southeast Commercial. When asked whether other developers could approach the committee, Reese said, “There’s always that possibility…. I would think there’s going to be a way they advertise or let it be known that we’re open to them coming and saying something to us.”

Reese says he was surprised some people seemed to believe there was “something fishy” about the college negotiating with Southeast Commercial without public discussion. He expresses interested in exploring the idea of issuing a public request for proposals.

Reese says the Tennessee Higher Education Commission, which put the college on “provisional” status after the suspension of classes was announced, recently affirmed that the college is open, even without students. That’s a point he has had trouble emphasizing with donors and the public, whose support is needed to get the college back on track to accepting students.