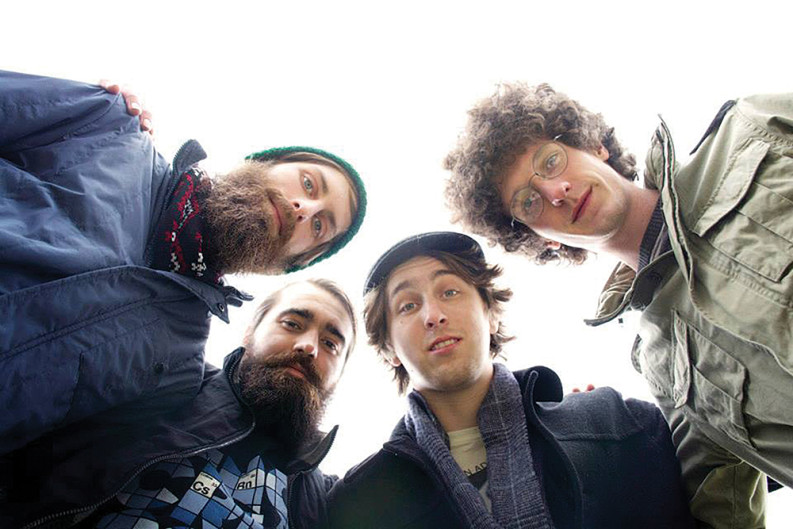 Maps Need Reading has been an integral part of Knoxville’s progressive-music community for the past four years, developing an early style that guitarist David Webb labels “punk meets indie rock meets prog.” Armed with only a quirky Bandcamp demo, the quartet developed their high-energy live show at venues like Preservation Pub—but their momentum gradually dwindled, leading to a critical turning point last summer, when Webb told his bandmates he was quitting.

It turns out that the band’s real problem was chemistry. After parting ways with their original drummer, they found an immediate spark with childhood friend/percussionist D.J. Young, and it’s given Maps a second life.

“It felt like this magical thing was happening,” Webb says.

Webb, guitarist/keyboardist Chris Burgess, and bassist Nathan Patterson started collaborating during high school in Seymour under the name the Renaissance. When they hit their crossroads, they were skeptical about recruiting another person from their circle. But Young’s zest gave the band a fresh perspective. They started reworking their entire set list, adding elements of jazz and soul to their caffeinated jams.

“A lot of our stuff’s still pretty high-energy, but there’s a lot more dynamic range,” Webb says. “We’re going for a little more of an accessible sound, in general, without sacrificing the integrity of the music.”

After having been out of the Knoxville circuit for six months, Maps 2.0 reintroduced themselves in December with a show at Scruffy City Hall. In March, the band took a bolder step, recruiting a pair of horn players from the University of Tennessee jazz department for the Volapalooza Battle of the Bands.

“It gave the music a more danceable, fun vibe,” Webb says. “One of the things we’re doing now that we didn’t really do before is think of ways to change the material and fit it to different situations.”

The original version of Maps Need Reading was one of Knoxville’s most promising young bands, but some of the early material felt one-dimensional and overly scrappy, as if the members’ chops hadn’t caught up with their creativity. Now the band’s operating on a different plane. Compare that rough early demo with the maturity of their recent Bandcamp rehearsal set; new tracks like “Lightning Horse” and “Out of the Sea, Into Circuitry” stretch out to eight or 10 minutes, weaving psychedelic guitar harmonies over jazzy rhythm sections.

The jazzier approach makes sense—before switching majors, Young studied jazz at UT. Webb, meanwhile, will graduate from the university in December with a degree in studio music and jazz. Playing in the department has helped him regain “an appreciation for music and life”—and given him a reality check about his own musical abilities.

“I went into the school feeling like I was hot shit,” Webb says. “I thought I was this great guitar player. But I remember the first time I had a class with the other guitar players. I saw all of them play, and I was just blown away—I instantly felt like I was two inches tall.

“There was a long time when I had a cynical view on things, and I recognize that there’s a lot of corruption and terrible things going on in the world and America,” he continues. “But jazz was the first thing that ever made me proud to be American, as totally lame as that sounds. It’s just this beautiful, beautiful art form that came out of African-American culture, and it’s America personified through music. It’s more or less the foundation of all the music we listen to. I feel like it’s helped connect me to my roots, even if they’re roots I was formerly unaware of.”

The old Maps had trouble taking their grand ideas past the conceptual stage, but Webb and company don’t have that problem these days. They’re currently recording their debut EP with Paul Seguna of Lines Taking Shape, with release planned for July. The set will feature a mix of reworked older songs and new material that showcases the band’s new direction.

And their next move is even more ambitious. The group is currently strategizing a concept album about “personified machines and appliances,” with a goal to hunker down and write this fall.

“The subject matter of our songs is often about humans doing things that go against our own nature,” Webb says. “We get locked into a routine because we have to go to work, and we have to do all these things just to survive. We end up becoming depressed sometimes and losing the essence of what it actually means to be alive.”

There’s an irony in that theme—for Maps Need Reading, after years of uncertainty and tentativeness, their essence has finally become clear.