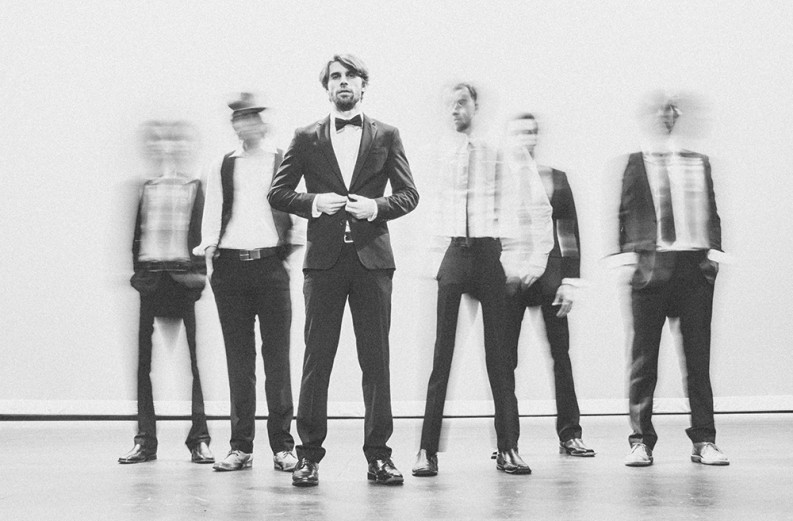 Last month, just before the Dirty Guv’nahs’ headlining appearance at the Rhythm N’ Blooms festival, James Trimble sounded philosophical about the band’s future. The Guv’nahs were winding up nearly a year’s worth of tour dates in support of their fourth album, 2014’s Hearts on Fire, and considering their options for the future.

“We’re trying to figure out our direction—like every band, you’re always writing music and always trying to stay busy,” Trimble said. “We’ve got this certain genre and this certain thing we’ve developed, and it’s our career, but we’re trying to always ask the question, do you just keep doing more of the same or do you try to expand?”

The answer to Trimble’s question turned out to be neither. Earlier this week, the Guv’nahs—Trimble, bassist Justin Hoskins, drummer Aaron Hoskins, guitarist Cozmo Holloway, keyboardist Kevin Hyfantis, and guitarist Michael Jenkins—announced online that they’re breaking up, with a series of farewell shows throughout the Southeast scheduled in August after a summer break and a final show at the Tennessee Theatre set for Sept. 25.

The Dirty Guv’nahs formed in 2005, almost by accident—none of the original members had ever been in a band before a mutual appreciation of the Rolling Stones, the Allman Brothers, and the Band spurred some informal college jam sessions. Their first gig was scheduled a day in advance.

But those awkward early days soon gave way to a steadily rising career. They quickly became one of Knoxville’s most popular bands, winning Best Band in Metro Pulse’s readers’ poll for a record seven consecutive years, and established a solid fan base around the South, particularly in college towns like Birmingham and Athens, Ga. They played Bonnaroo and headlined shows at the Tennessee and Bijou theaters. The Guv’nahs never fully captured the energy of their live sets in the studio, but each of the band’s albums, from 2009’s self-titled debut to Hearts on Fire, offered a glimpse of a group that was always getting better—as musicians, songwriters, and studio performers. For several years, they’ve been a full-time operation, with the members ditching day jobs for lives as professional touring musicians.

Here’s an abridged version of the Guv’nahs farewell announcement:

Nine years ago, The Dirty Guv’nahs were born on a whim. None of us expected to play a second show, much less thought that one day this band would be our full-time jobs. We were just six music-loving guys having some fun, planning a one-time concert in our hometown of Knoxville.

That initial show went well enough for us to decide to keep playing together. Within a few years, we all took a leap of faith and quit our jobs in order to tour full-time. The shows grew from dive bars to sold-out theatre tours to slots at some of the biggest festivals in the world. We went from playing with our local friends to sharing the stage with some of our musical heroes. We did all of this independently, relying on our amazing, grassroots fan base. We were living a dream.

So why is this dream coming to an end? For many of us, a touring lifestyle is simply not what we desire at this time. Let’s go ahead and dispel any rumors that may be created in the aftermath of this announcement; there’s no band fighting or drama going on. We’re just not in the same life situations we were a decade ago. Some of us still want a career in music, while others wish to be home with their families and pursue other interests. Touring is incredible, but also makes relationships with your loved ones much harder. Many of us merely desire to be present at home as we start a new chapter of our lives. It’s an exceptionally difficult decision we’ve made, but it’s the right one. …

We know this is a shock to many of you, and for that we are sorry. Instead of this being a sad time, we’d love for you to join us in celebrating this magical decade at our final concerts. Our Farewell Tour will hit some of the cities that have supported us the most over the years. We’ll end things just the way we started, with one last hometown show. … It’s been the ultimate honor of our lives to play music for you. We are forever grateful to all of you that let our songs into your hearts over the last nine years. We hope that our shows have given you a brief break from the struggles of daily life and that our music has touched some of you like you have touched us.

Tickets for the band’s farewell shows go on sale Friday.