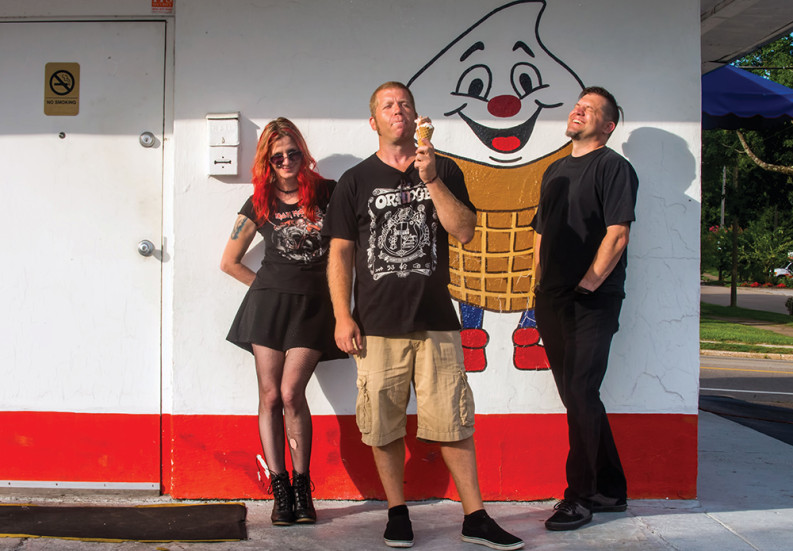 Sara Washington provides renewed hope to all of us music-scene aficionados who secretly yearn to someday jump on stage ourselves. While that day may still never come for most of us (which is probably for the best, to be honest), former record-store clerk and longtime local-music fan Washington decided to go for it last year, fronting the new power trio Tina Tarmac and the Burns. Who knew that she’d be such an absolute natural at it?

On stage, she’s got charisma to burn, alternating between snarling rock ’n’ roll intensity and sweet-natured patter. On record, that same energy—which can often get lost between stage and studio—comes through loud and clear. The Burns’ self-titled five-song EP is a full-on ear assault of raunchy, no-bullshit hard rock of a sort that’s becoming more difficult to find in these sensitive times. The band’s not so much interested in painful self-reflection or artistic expression as they are in having fun, which is an old idea that’s starting to feel new again.

Guitarist Blake Womack, drummer Derek Harvey, and bassist Washington grind out swaggering metallic paeans to douchey guys (“Oil Slick Daddy”), hot girls (“Blue Velvet Blue”), and even love (“Heaven Only Knows”). And it’s all extremely catchy stuff—not in the regrettable “pop-punk” style of the late ’90s, but rather what you might have heard on college radio in the ’80s, all power chords and hooks. But while I may be predisposed to favor the sound of my long-lost youth, the Burns are not a retro act.

The secret ingredient here is Washington’s complete sincerity as she belts out every lyric, no matter what the subject matter may be. She’s all in, from the sexual come-ons in “Pretty Face”  (You know I want you to feel it / I want you to feel it where it hurts the most) to the sexual come-ons in “Blue Velvet Blue” (She’s got the lips, she’s got the hips / she’s got a look that’s beggin’ please / she’s got those eyes, she’s got those thighs / she’s got exactly what I need!). These may be silly lyrics on paper, but when Washington sings them, the songs don’t come across as ironic put-ons or goofs. She absolutely means it in that particular moment in time—and that’s what makes the difference between a novelty act and the real deal.

You can listen to Tina Tarmac and the Burns on Soundcloud or purchase their CD at tinatarmacandtheburns.com.