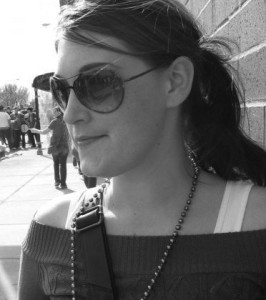 Scott and Bernadette West have turned up the heat on Market Square dining by hiring chef Terri Roberts to oversee a general refitting of the menus at Knoxville Uncorked (20 Market Square, 865-521-0600, knoxvilleuncorked.com) and Scruffy City Hall (32 Market Square, 865-524-2224, scruffycityhall.com). The chef is also working with the Wests to define the concept for Market House Cafe, which will occupy 36 Market Square, the former home of Orange Leaf Yogurt.

Roberts, a Knoxville native, made her culinary bones in Chicago at Cipollina and North Pond, a James Beard award-winning and Michelin-starred restaurant in Lincoln Park. But she may be better known regionally for her work at two notable restaurants in Asheville; Roberts spent time at Table and at the Southern, where she was the original executive chef.

Roberts is a passionate diner as well—a conversation with her induces cravings for food as close by as ramps and as far-reaching as prosciutto—and she hopes to bring that love to each of the West family’s kitchens. You can get a first taste of her ambitions at Knoxville Uncorked where, she says, she plans to ease into a more authentic expression of Italian cooking.

“I really want to get to be a little bit more like trattoria-style rustic Italian and not so much this very Americanized version of Italian … but without stepping too far out of the realm of what people expect,” Roberts says. “But it’s going to be a huge adventure over there.”

The lunch menu, which Roberts describes as mostly “starters and salads, sandwiches, and a few pastas,” will roll out in the next week or so, and the new dinner menu will premiere near the end of the month. But you can expect the immediate changes to reflect Roberts’ appreciation for a traditional Italian approach.

“When I make Bolognese, for example, it’s beef, pork, lamb, pancetta, and actual stewed-down tomatoes, finishing it with butter,” she says. “Bolognese should be creamy and tangy. And to me, Bolognese should be served on a pappardelle, a wide, thick egg noodle that can hold that kind of weight.”

You can also see the difference in her authentic Italian sandwich with genuine Genoa cappicola, mortadella, sharp provolone, and house-made giardiniera.

Still, Roberts is sensitive to what endeared the previous Oodles Uncorked to some diners. “But that being said, we’re in the South,” she says. “I’m going to have mac ’n’ cheese—there are certain things that I feel like you need to have. It is a big seller for lunch, so there will be some comfort level still there. I just want to see it excite people a little bit more.”

Roberts also looks forward eventually to giving a little lift to the food available on the Wests’ bar menus at Preservation Pub and Scruffy City Hall. But what really attracted her to Market Square was the opportunity to help define what’s happening at the upcoming Market House Café. Much of that is still in the planning phases, as she and the Wests determine the facility’s full potential. One strong possibility is that the café would resemble a European-style deli with an array of Old and New World meats, cheeses, and breads—that’s an idea that makes Roberts nearly wistful as she describes sitting on a patio with “a nice meat and cheese board with a bottle of wine and a book.”

Still, she’s careful to keep her cards close. “The European-style deli is something we’re talking about,” she says. “We have not set in stone what this is going be. … The way we can get it set up will determine a lot of how that cuisine is going to go.”

Roberts acknowledges that she’s a little nervous about her new undertaking.

“This such a huge opportunity for me—it’s basically a dream job,” she says. “And honestly, it’s my hometown. I want to do my hometown proud—that means a lot to me.”