The So.Kno Food Co-Op Is Open for Business - The Knoxville Mercury 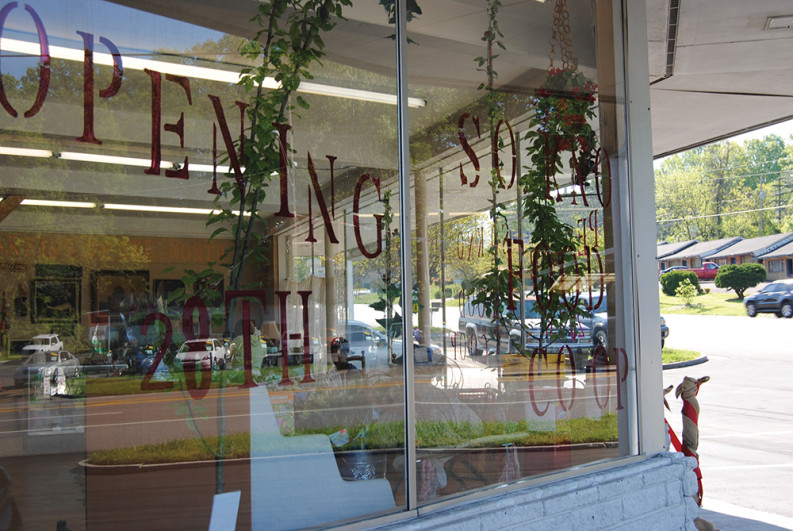 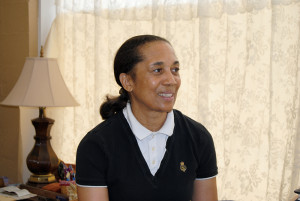 Willa Essie will win you over.

Her brainchild, the So.Kno Food Co-Op Neighborhood Market at 6210 Chapman Hwy., is open for business as of 9 a.m., April 28. It’s got fresh bread and little jars of cranberry mandarin orange chutney and fresh-cut flowers and kale and onions and eggs for sale. But it’s not where she wants it to be, not yet.

Essie makes me hope it will get there, soon.

The concept is as simple as it is unusual: a member-owned and operated market that sells farm produce and, to quote the brochure, “a selection of artfully prepared gourmet delights.” Not to be confused with Three Rivers Market, it is strictly a for-profit enterprise. But people can buy in on, pardon the pun, the ground floor. A $250 one-time investment allows a member perks like being able to exhibit art at the store and volunteer up to 15 hours each month in exchange for a $150 store credit the following month. Members can also pay a small fee to have groceries fetched to their homes or offices on Wednesdays.

Only members can sell produce to So.Kno, but the public is welcome to buy from the storefront. It is the same place that most recently housed a store for horse lovers, over there near the giant ice cream cone sign trumpeting Kay’s Ice Cream store, a stone’s throw from the Village Bakery with its by-the-each thumbprint cookies, and across the street from the eyesore of the blinking sign announcing that the Liquidation Outlet is O-P-E-N!

But so is Essie, in her much beloved South Knoxville, the location chosen “because this is my home and I live here and love it,” she tells me. 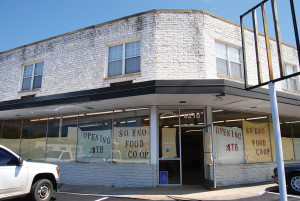 Her place is right next to the Kwik Pantry convenience store, which is stressing their differences on opening morning with giant Budweiser and Red Bull trucks parked outside. A few hundred yards south on Chapman, the Taco Bell is marketing its new “biscuit tacos,” replete with fried chicken and sausage and cheese and such.

In here, though, a jumbo metal chicken sculpture reigns. “I think he’ll be known as Beauregard,” drawls Essie.

She is cutting into a not-for-sale cheesecake made by an admirer, and ringing up seed bread and fresh baguettes. She’s chortling and hugging and tidying. It’s just 10 a.m. and already the chalkboard lists two members. Another chalkboard reminds Essie to “dust/mop/clean” and have the “cooler moved.”

And this is where the real Essie, the grown Essie, the one you want to cheer on, belongs.

She is from Knoxville, but east, a proud alumnus of Austin-East Class of 1972. Younger Essie was a whirlwind in a different dimension, she says: a runway model in Milan, an international flight attendant dwelling in Tokyo for a time, a resident of Geneva later on.

She said goodbye to all that in ’94. April 1, she flew home. Her mother didn’t believe she was at the airport. “I sat there all day long and had to get a taxi home,” Essie says.

She still has the fluid motions, the erect carriage, the lithe figure—retired or no, she will always be a runway model.

But I can tell she is one of us growers, too. The people who can look at eight seeds no bigger than a pinkie fingernail and see butternut squash some six months hence. The earth-turners who delight in the possibilities of the fledgling lettuce and rejoice in the efforts of the earthworms that squirm each time the shovel exposes fresh dirt.

The So.Kno Co-Op will have an associated garden, 2 acres are waiting on the tiller. Essie says it will be simple for this year, mostly a sunflower border and beans, lots of beans. 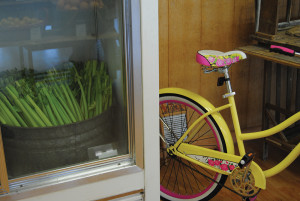 Next year, it may be more lavish. The co-op may have more members in a few hours, and more still in a few months. They may have worked through objections to not being open later than 6 p.m., they may have craft beer.

But for now, Essie simply invites one and all to “grow with us.”

And she’s open, which is a really good start.