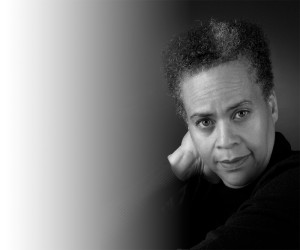 Linda Parris-Bailey—playwright-in-residence, executive director, and artistic director of the Carpetbag Theatre—recently received a 2015 Doris Duke Artist Award in Theatre. The ensemble is currently touring her 2012 work, Speed Killed My Cousin. The story of a young, African-American female veteran of the Iraq War, it was heavily influenced by Parris-Bailey’s own cousin returning from the Vietnam war when she was a middle-schooler.

What does the award include?
It’s $275,000 over the course of three years, in different forms. The total package includes and unrestricted grant of $225,000, some development money, and something towards a retirement fund, which is a new idea.

You didn’t apply for it?
No, you are nominated. It wasn’t anything I could anticipate. They did not share the process, they simply called me and asked me if I would accept it.

What was your first thought when you got the call?
I thought, “Are you kidding?” The caller was unfamiliar to me and did not identify herself, so I had questions. Then she put the director on, who I’ve known many years, and that kind of confirmed that yes, this is actually happening. I didn’t actually say, “Are you kidding?” I just tried to catch my breath and keep from crying. This kind of recognition is not something you anticipate.

You didn’t know you were being considered?
No. Past fellows nominate the next ones. I’ve written a lot of grant proposals and gotten a lot of grants and been turned down lots, too. I know about disappointments. I have applied for some fellowships, as artists do, and been asked to apply for some fellowships, which is how some work. But this one was really a complete surprise. I was humbled and honored to receive it.

How long have you been in Knoxville?
We moved here in 1974. My husband was still going to grad school and working at TVA. We met in New York State, and as my husband would say, we “courted” in Washington, D.C., and then married and decided we would live in Knoxville “for a time.”

When did you become a writer?
I probably started when I was in the 6th grade. I actually have always wanted to write. But as a sixth grader, and through the 8th grade, a friend of mine and I would write and critique each other’s work. Then in 9th grade, I discovered playwriting, and that’s when I got excited about it.

Is it mandatory that you write?
I do think I’m someone who has to write, but it really depends on what kind. I don’t think I could be a journalist. I don’t think I could be a novelist. There might be some poetry in me, but I think I am best suited to be a playwright. Writing for the theater doesn’t seem as singular as writing in any other medium—it lends itself to working with people and sharing stories and that’s always been attractive to me. The Carpetbag is an ensemble, so by definition we have been working together over time. That is a very important part of my work.

Who is the most proud of you for winning this award?
My family. The ensemble would be second, and everyone else would be third. My family—my husband, my children—has seen the work that has gone into the ensemble. The writing, the producing, the touring and promotion. The ensemble knows its role in any individual award I receive and that role is tremendous. My mother passed in November and I think she would be extremely proud. I know she is.

Did your mother ever wish you did something more traditional with your education?
No. My mom was very wise about letting us children be who we were, and always supporting us in that. She had quite a collection of my accomplishments. If I ever need anything, I can always go back to her files.

Did you have to break from the theater world when you had kids?
My kids have been dragged around quite a bit. When they were infants, I took them with me on tour. When they started school, they stayed with my husband and mother-in-law. I always had a great support network.

Does it include funds for you to perform, or only write?
It is for creative exploration. How that plays out, what that means, I really don’t know at this time. It will benefit me and it will benefit the company. The nice thing about the fellowship is you get to decide what to do with it–with grants, you are restricted to doing what you applied for.

Do you have to give money back if you don’t use it?
Let’s put it this way: I’ve never left any grant money on the table and I plan to use it all. It will benefit projects I’ve dreamed about and not been able to explore–these are the kind of things I probably will be able to do.

What is the biggest impact Speed Killed My Cousin had on you?
I think we all have a story that we have to figure out how to tell. I think Speed allowed me to make that story useful.  For me, coming of age when I did during the Vietnam war, having this life and family event when my cousin returned home from that war. It changed so much, changed so many people in my young life, with war as the change agent. To be allowed to talk about that as a first person through a character is what I found satisfying and useful. It enabled me to make some attempt at healing from it. The play also addresses PTSD as a moral injury. What happens to us when we do something that is so opposed to our own moral code that we can’t recover?

Is Speed still touring?
We are planning for fall 2016.

Will the cast stay the same?
I would say yes, the intention is for the cast to stay the same. Unless of course something changes, someone gets a major movie role or something.

Do you have a new writing project in mind?
Something is bubbling, but only just bubbling. I will see what it will take to pursue it.  In June, I will go to NYC with the other fellowship recipients to do some planning for the period of the fellowship, and  I will definitely be taking an idea with me.