Six weeks into our Accelerated Plan to Resuscitate Print Journalism in Knoxville, what have we accomplished?

Now that we’re over the initial hump of creating a new weekly paper from scratch, I think we’re starting to see some early returns on your investment:

• Our fine-arts coverage is the smartest and most wide-ranging in town. We’ve already covered the University of Tennessee’s music program, Knoxville Symphony Orchestra, Knoxville Opera, Clarence Brown Theatre, and the Knoxville Museum of Art, as well as smaller organizations. Likewise, our entertainment coverage digs deeper. Did any other media in town cover Big Ears with the same depth and authority?

• Our columnists consistently write about issues that don’t get much attention elsewhere. Case in point: Last week’s two-fer examining the history and the future of UT’s University Center (by Jack Neely and George Dodds, respectively) revealed perspectives and a depth of knowledge you won’t find elsewhere.

• Our events calendar is already Knoxville’s most accurate and comprehensive guide to arts and entertainment, and multiple other activities. (Yeah, there are several other publications/websites in town that claimed this particular mantle. But we had been working on it for 23 years.)

• Our ability to take a deep dive into the institutions and personalities that make Knoxville unique is not duplicated elsewhere, either. Our profiles of Striped Light and Randy Boyd, for instance, went beyond simple mentions or daily headlines to reveal the inner and outer struggles of people trying to make Knoxville a better place, from very different directions.

• Our news features ask the right questions. S. Heather Duncan’s story on North Broadway’s historic Howard House being threatened by a big-box development was the first to actually interview people directly involved in the situation. Our post on Facebook linking her story reached nearly 60,000 people and caused a social-media storm. The daily paper has yet to show any interest in the story. We’ll be following it up soon.

Allow me to also note that we accomplished these advances in our first month and a half of existence without even having a full-time reporter on staff. Hiring an investigative journalist is next on our to-do list.

On the Sales Front 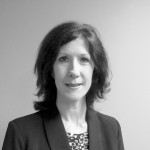 Stacey Pastor is our new senior account executive. She has over 15 years of experience in marketing and advertising at companies including The Washington Post, Houghton Mifflin, and C-SPAN. Plus, she has international advertising agency experience copywriting, editing, and translating (Spanish-English) in the Mexican tourism industry. And she has seven years of international teaching experience at the undergraduate level. Subjects taught include: advertising, integrated marketing communications, online marketing for journalists, public speaking, critical reading and writing, and EFL at schools including ITESO, the University of Guadalajara, Tecnológico de Monterrey, and the University of San Diego. 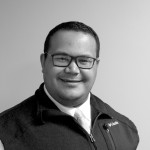 Christopher Black joins us as an account executive, fresh out of school with a bachelor’s degree in political science from the University of Tennessee and currently working toward a master’s in public policy. He also interned for Sen. Bob Corker, Rep. David Roe, the Hamblen County Circuit and General Sessions Courts, and the Morristown Area Chamber of Commerce.

And Some New Initiatives

• Each issue we’ll be introducing the Mercury Question of the Week via our online survey partner, Survature. We’ll also be sharing the results each week. And we have a new Survey of the Month. Answer either one and you’ll be entered to win tickets to local performances. Check out the ads on pages 23 and 39 for more info.

• Mercury Meetups are coming soon. The staff of the Mercury will be visiting a different neighborhood around Knoxville once a month to get feedback and hear about community issues. Watch for our announcement. Meanwhile, come visit us at Rossini Fest next Saturday—our booth will be near the Bijou Theatre.

• If you want to hear what I’m stressing out over on a weekly basis, start tuning into 90.3 FM. Every Thursday morning at approximately 7:45 a.m., I call into WUTK’s Marble City Radio Company and get grilled by host Damien Messer on what’s in our newest issue and how things are going. At that hour of the morning, I’m generally more candid than I should be.

• Want to find out how to find a copy of the Mercury near you? Go to our handy Google map.

• Next week we’ll be announcing a membership program that not only gives you a new opportunity to support our ongoing endeavor, but also some nice perks. And if you were a donor to our startup, you can expect a party invitation in your inbox soon.

That’s all for now!