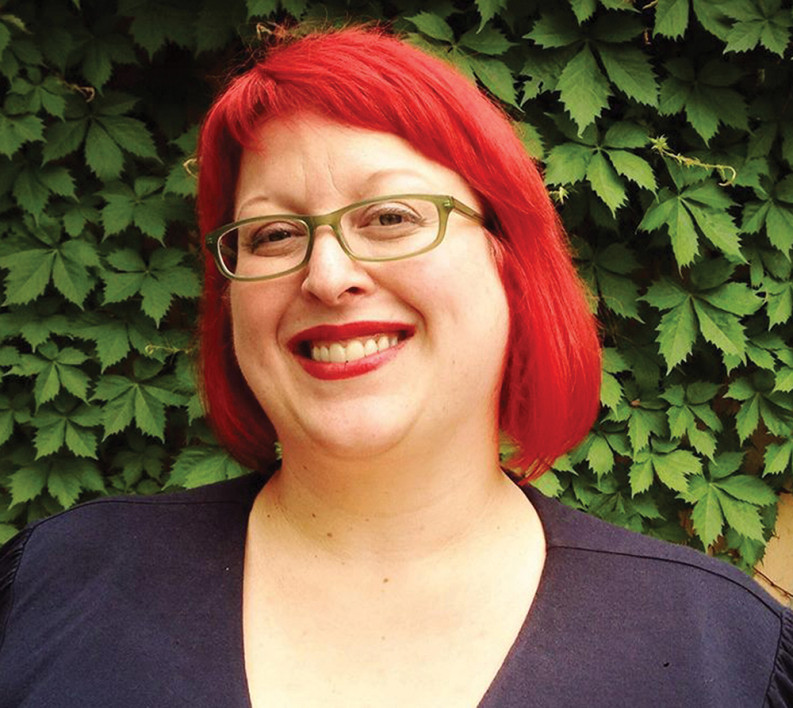 The history of the Rhythm N’ Blooms Music Festival—Knoxville’s biggest music fest, and now an unofficial civic marker of the arrival of spring—is dotted with happenstance and luck, both good and bad. In fact, its evolution over the course of six years, from a well-intended roots-music complement to the Dogwood Arts Festival to a stand-alone event expected this year to draw 20,000 people from around the country, parallels pretty closely the career of its creator, Chyna Brackeen—a series of gambles that paid off and bad fortune turned to good, all inspired by unerring instincts and a passion for music.

Brackeen, the owner of Attack Monkey Productions, started Rhythm N’ Blooms in 2010 on a shoestring budget. It was a rocky beginning, with sparse attendance and a headliner stranded across the Atlantic Ocean. But the festival took hold that year and has grown exponentially since, spreading across downtown with an increasingly impressive range of local, regional, and national Americana performers (and rock, pop, soul, R&B, and otherwise uncategorizable acts).

The roots of Rhythm N’ Blooms go back to 2009. After a brief career as an opera singer and a stint at AC Entertainment, Brackeen found herself working at the Knoxville Botanical Garden and Arboretum in East Knoxville. As soon as she saw the site, she knew she wanted to stage a concert series there.

“The first show I promoted there was Dar Williams,” Brackeen says. “She said to me, ‘You can’t name one plant on this property. I do shows at zoos and gardens and these sorts of places all the time, and usually they’re a total cluster—really nice people, but they don’t know how to produce a concert. You know how to produce a concert, but you don’t know anything about botany. What are you doing? You’re in the wrong line of work.’”

Brackeen followed Williams’ advice—and her own instincts. She soon quit her job at the garden and started Attack Monkey, a music management and promotion company, taking a chance on a brand-new local band led by her neighbor, singer/songwriter/guitarist Cruz Contreras. (One of Brackeen’s first moves as Contreras’ manager was to convince him that the group needed a name. They became the Black Lillies.)

If managing an unknown band was a challenge for Brackeen’s new company, starting a new music festival with almost no budget in six weeks would prove to be an even bigger one. Because of her connections with the Botanical Garden, Brackeen met with organizers of the Dogwood Arts Fair in early 2010 to discuss programming music as part of an ongoing effort to broaden the festival’s appeal.

“The  budget was literally abysmal,” Brackeen says. “It was really terrifying, and anybody should have walked away from that, honestly. The other thing was, this was in mid February, and they wanted to have a festival in April. It was one of those moments were I could have walked away and everything would have been fine. But I was at a point in my life where I was starting my business—I mean, I was basing my business on managing a band that was costing me money, not making me money, so I’m obviously not making great financial decisions at this point in my career.”

The first Rhythm N’ Blooms was a blueprint for how not to stage a music festival. The main venues—the Bijou Theatre, Market Square, and clubs in the Old City—were too spread out for the small audience, and sometimes Brackeen was the only person in the audience at the Bijou shows. Brackeen and the other organizers handed out free wristbands to the festival on Market Square to encourage attendance. The weekend’s headliner, the chamber-pop cellist Ben Sollee, was trapped in England by the environmental fallout from the eruption of a volcano in Iceland. “I was standing up at every performance to announce, ‘The only person you’ve heard of on this lineup is not going to be here,’” Brackeen says.

The final day of that first festival, however, planted the seed for what’s happened since.

“The last day of the first year, when we went to the Botanical Garden, suddenly every single person who had a ticket to the festival was there. It was like, ‘Oh! There are people! And they’re really having a good time,’” Brackeen says. “After that first year, we all kind of looked at it like, we know we have something really special, we know that people who were there had such a great experience—there’s something here that we’ve got to keep growing. But god, are people ever going to buy tickets?”

That’s no longer a problem. The festival has gotten bigger and better every year, with headliners like Amos Lee, Dawes, St. Paul and the Broken Bones, and Justin Townes Earle, a strong supporting cast of local performers, and blossoming attendance numbers. (Last year’s Rhythm N’ Blooms had 12,000.) The Sunday shows at the Botanical Garden have reached capacity; for the first time, this year’s festival will take place entirely in the Old City, in venues along Jackson Avenue—Barley’s Taproom and Pizzeria, Pilot Light, Boyd’s Jig and Reel, Lox Salon, the Standard, and the Cripple Creek Stage under Interstate 40 and Hall of Fame Drive.

“That should make things easier, because we’re not building two festivals in one weekend,” Brackeen says. “One of the challenges is that people tell us every year that their favorite day was at the Botanical Garden, so we’re trying to create an experience that will evoke some of that and give people what they love about that.”