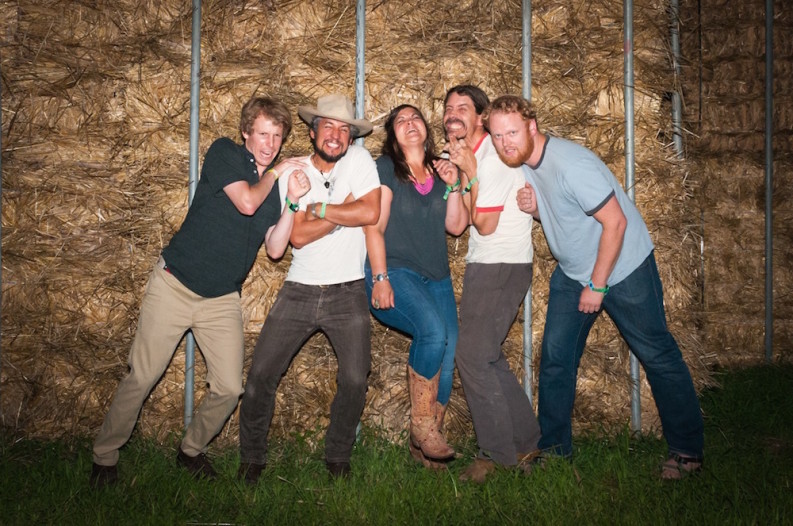 It’s been an interesting few months for Black Lillies frontman Cruz Contreras: he will be busy running a late-night local-music showcase at Rhythm N’ Blooms this weekend, and he and his bandmates have been working for the last couple of months in Nashville on a new album, their fourth, set for release in the fall.

“We’re getting some new sounds and textures and styles,” Contreras says about the new record, which was recorded at Nashville’s House of Blues Studios with producer/engineer Ryan Hewitt. “It’s going to be a lot to listen to, and it’s going to surprise people—we followed our creative hearts on this one. When we’re listening back to the tunes in the studio right now, we’re like, ‘Whoah, what have we done?’ Getting over your inhibitions and not overthinking it and just taking the songs to a place where they’re fully realized—if the song wants to rock, then rock all the way. If the song wants to be intimate and focused and small, go that way. It’s going to be a ride from beginning to end.”

That’s not all the news from the Black Lillies, though. Longtime members Tom Pryor and Robert Richards announced their departures from the band in February, leaving Contreras to recruit new players for the band’s upcoming spring tour dates. Sam Quinn, formerly of the everybodyfields and a notable local singer/songwriter on his own in recent years, has signed on to play bass for upcoming shows in Texas, on the East Coast, and in California and the Midwest. For some of those shows, the band will be augmented by Nashville session guitarist Megan McCormick and Asheville’s Matt Smith on pedal steel; for others, they’ll be joined by Atlanta singer/songwriter Michelle Malone on guitar and Phil Sterk on pedal steel. Those arrangements are only for the near future, Contreras says.

“You don’t replace players in your band, especially when they’re as talented as Tom Pryor and Robert Richards,” he says. “We’re all friends—we’re family, we’re buds. It’s not a matter of replacing them. That’s not even an option. But we have to figure out how to move forward. Luckily, there’s a lot of talented musicians out there. For the time being, if you go to a Black Lillies show, there’s going to be different artists featured.”