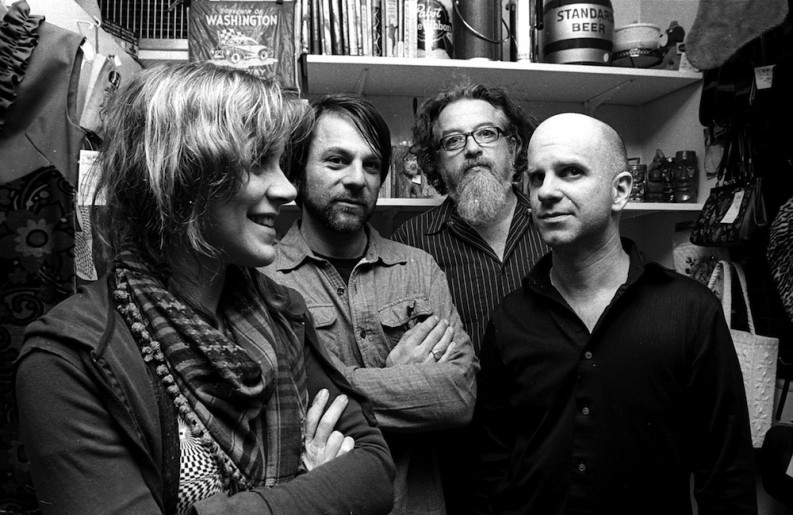 Hailed as “the best band in America” by rock critic Robert Christgau, Wussy has been working out of Cincinnati, Ohio, for more than a decade. Thanks to writers like Christgau, their profile has grown steadily over that time—the band was featured on CBS This Morning in November 2014 and on Slate a month later. The band’s two main vocalists, Chuck Cleaver, formerly of the Ass Ponys, and Lisa Walker, spin tales of personal pain, triumph, and everything in between.

Wussy has been hailed as “the greatest band in America” by Robert Christgau, who’s been a big proponent of your work for some time. How has being a word-of-mouth band aided your fan base and your publicity?

I mean, it’s a slow process. I think your fans tend to be more loyal that way. You find out through a natural process rather than listening to a media group. For the fans we have, we have a very strong and devoted listening following. Not a ton of people, but those who like us are crazy about us, which is odd to me. I’ll take it–any praise is better than “You blow!”

How has being a part of the Cincinnati music scene influenced your work both in Wussy and outside of Wussy?

I’ve always tried to stick to where you’re from. Our songs are more fiction-based, but they definitely have a Midwestern feel. I love bands that write about gnomes and fairies and shit, but I don’t really know about doing that.

You’ve got a pair of new releases on the way this year. What are those looking like?

Well, one of our older albums, Strawberry, is being re-released on Record Store Day. We’re also doing a limited release CD of about 600 copies where we take a bunch of old ballads, folk songs, and a religious hymn and kind of fuck them up. We went into it with no real idea where to go, just a bunch of loose skeletons. We tend to work really well that way. We also should have a new full-length album in 2016.

How did you first meet Tim Lee?

Tim and Susan traveled to see us in Whitesburg, Ky., at some little show in a coffee shop. I knew of him through the Windbreakers but didn’t know who they were. We were less known than we are now, but they came up after the show and introduced themselves. They wanted us to come play with them when we could, so we did.

With Attica!, what differed on that album from previous records?

We went into it with a looser idea of what we wanted than we had before. The songs weren’t as formed and we had more leeway to experiment. It was really fun making that record, we got to mess with stuff more.

In the past, how did you balance having day jobs with your work in music? How has that changed since giving up stone masonry?

Even now, without a “real job,” I’m starting to have problems touring. My back is why I had to give up masonry–I keep telling myself to lose weight and get in shape, but food is too good to do that. We still tour in the summer because of our different jobs–our bass player Mark is a teacher, our drummer Joe a carpenter and bartender, Lisa does website work, and John is a director and makes commercials and films. I can’t do masonry anymore, but I sell collectibles–I’ve been doing that for over thirty years now. Ebay is both a blessing and a curse for me.