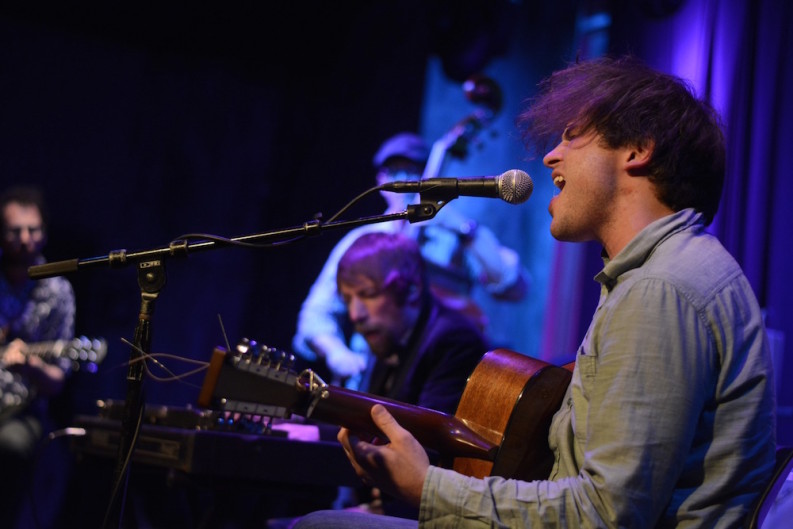 Started the evening at Hello City, which was running a relatively mild (by Pilot Light standards) 30minutes behind schedule. Saw the beginning of a set from Ryan Schaefer of Royal Bangs, debuting some some keyboard material and a cover of the Rolling Stones’ “Rocks Off” that exists as far across the spectrum from the original as is perhaps possible.

Made up for a 2014 oversight with the last-minute Rachel Grimes set and couldn’t be more glad—her piano/violin/saxophone trio conjures the sound of a much larger ensemble, and never more so than in the final piece, starting with a Reich-style piano drone and building with the sax man wailing on two at the same time. Tremendous.

On my colleague Eric Dawson’s recommendation I skipped over to Ryley Walker at the Square Room for my first wonderful surprise. Walker’s late-’60s Anglo folk-psych is fully-formed, to say the least, and a joy to happen upon unawares.

Bad Plus was fine, but I opted out quick for a peek at Kronos + Wu Man (enchanting) and then over to SQÜRL, whose solid freedom drone suffered for its clearly-drawn boundaries. Clark is wrapping the Standard (a beautiful space!) around his little finger, as I write. Next: Häxan, then White Gregg at Hello City. (With maybe a dash of Jamie xx?)