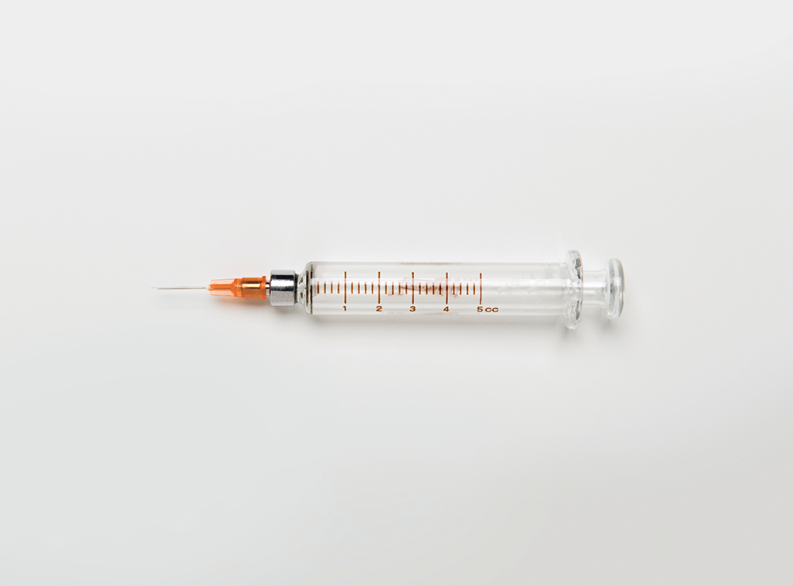 The disease that American medicine seemed to have conquered 15 years ago struck 644 Americans in 27 states last year, according to the federal Centers for Disease Control. There are four continuing outbreaks underway nationwide, including a multi-state outbreak linked to Disneyland that began last December.

Although Tennessee reported no cases last year, they are inching closer: At least one measles case was diagnosed in Georgia. But some communities face more risk than others.

It all boils down to a shot.

In areas where vaccination rates are high, preventable diseases struggle to spread.

So what is Knoxville’s risk?

An annual survey by the Tennessee Immunization Program in the state health department checks how many 2-year-olds have received the recommended dosage of 10 vaccinations, breaking down the results by seven rural regions and six urban counties.

With the Disneyland outbreak making headlines and stirring fears, the 2014 survey results send a message to Knoxville: Good job.

Knox County vaccination rates are better than average—not only for measles but for most diseases that can be prevented by a shot or two (or three, or four).

In 2014, 87 percent of Knox County 2-year-olds had their vaccinations on time, the highest rate in the state.

For the last two years, only about 2 percent of Tennessee 2-year-olds had received no shots, according to the survey. Most parents who decided not to vaccinate their children cited philosophical reasons. Religious objections were the second most common reason given.

Of the 105 children in the 2014 Knox County survey, only one had received no shots. One more whose family refused the shots was among the 107 sampled in the broader East Tennessee region.

“We’re really proud and really pleased at the level of vaccination coverage we have for 2-year-olds here in Knox County,” says Dr. Martha Buchanan, director of the Knox County Health Department. “We really don’t have a huge portion of people in Knox County not vaccinating their children.”

She credits her staff and local pediatricians, as well as health department public education campaigns about the shots most often skipped in past years, such as the HIB vaccine that helps combat a leading cause of bacterial meningitis.

She says the county immunization program audits day cares once a year, finding between three and six kids per day care missing some of the shots. She estimates the total number is at or below the state average.

And the number of kids who basically stay on the recommended shot schedule may be even higher, because the survey doesn’t count the many children who have their annual checkup and shots slightly after their second birthday.

Parental Discretion Advised
Most babies get shots at almost every visit to the pediatrician. To stay on the recommended schedule, a child may receive as many as six shots in one doctor visit and up to 29 by the age of 2, according to the American Academy of Pediatrics.

That’s how it was for Catherine Roberson’s first child. The Knoxville mother didn’t think a lot about it because she was following her doctor’s recommendations.

But by the time she had her second child, she had more questions. “I started learning about alternative ways of thinking about my children’s health,” after joining the local chapter of the Holistic Moms Network, she says. She began questioning whether vaccinations might lead to autism or produce neurological side effects, especially when so many are given together.

“It felt like a huge responsibility,” Roberson says. She tried to do her own research but felt bombarded by different opinions from the Holistic Moms Network, her family, her doctor and her friends. Evaluating all these messages started to feel overwhelming. She prayed about it.

Over time, she decided her children would receive all the recommended shots, but at a slower pace. “Once I realized it doesn’t have to be on their timeline, it was a huge relief,” she says.

“Our doctor said, ‘I do not agree with this, but I’ll allow you as a mother to make the decision.’” Later, however, when her pediatrician moved and she had to find a new one, several refused to take her children as patients because their shots were not up to date.

Knoxville Pediatric Associates, for example, screens out new patients whose families don’t vaccinate, says pediatrician John Wilkinson. He says some doctors feel that if the parent doesn’t trust the pediatrician’s recommendations about vaccines, they may not trust his other recommendations either. On the other hand, treating these families gives doctors more opportunities to try to talk them into immunizing their children.

Today, Roberson’s kids, who are now in upper elementary school, have all their immunizations and never had any reactions.

“People in East Tennessee are no different than people across the country in their concerns about potential side effects of vaccines or the sheer number of vaccines that are given,” Buchanan says. “Really concerns about the health of their children are the primary reasons people cite for not vaccinating their kids. People have that freedom to choose how they raise their children.”

Roberson’s choice to space out her kids’ shots has become more common as the number of vaccinations proliferate. A study published online March 2 in the journal Pediatrics found that 93 percent of pediatricians are asked to delay shots in a typical month, and 74 percent said they agree to it at least some of the time. (Most say they also believe it puts the kids at risk.)

Winkinson says he is opposed to delaying shots the first year because the youngest children are at the greatest risk. The schedule can be a little more flexible after a year, he says.

In some regions of the United States, a growing number of parents are deciding not to vaccinate at all. The trend is more common in states like California that allow children to attend public school without shots. (The only exemptions in Tennessee are for religious or medical reasons, not “philosophical” ones.)

Particularly prevalent have been fears of a link between autism and a mercury-containing preservative once common in vaccines. The original 1997 study supporting this idea has been discredited for procedural problems, ethical violations and conflict of interest, and was retracted by the medical journal The Lancet which first published it. And the mercury-containing ingredient was almost entirely removed from vaccines by 2001, without a corresponding fall in autism rates, according to the American Academy of Pediatrics. Since 2003, the CDC has funded or conducted nine studies that also found no link between the mercury in vaccines and autism. And a 2010 Pediatrics study of more than 1,000 children ages 7 to 10 found no neurological effects from receiving multiple shots on time when compared with children who received their shots on a delayed schedule.

Wilkerson says parents occasionally raise concerns about autism and mercury, and he shares the results of scientific studies that help them be more comfortable with vaccination. He also notes that although children today receive many more vaccines than 20 to 30 years ago, the number of antigens (the proteins that cause an immune reaction) to which they are exposed is smaller because vaccines have been refined.

Media coverage of vaccine-deniers has been enough to induce whiplash. Much of it was sympathetic in its portrayal of parents’ autism fears, despite contrary evidence—until the Disneyland measles outbreak triggered a frenzy of media reports demonizing parents who don’t vaccinate.

Following the Herd
They don’t have horns. But they can affect the herd. (Don’t be too offended, but in this scenario, we are all cows.) In one of those rare cases when medical terms aren’t technical, it’s called “herd immunity.”

“If enough people are protected (by vaccination) from an illness and the disease is introduced into the community, the protected people stop the transmission because they don’t get sick,” Buchanan explains. But if enough people aren’t immunized, the disease can spread and attack children too young to be vaccinated. “So you put other people at risk when you choose not to vaccinate your children,” she says.

This is how a personal choice can have implications for many other people. The threshold needed to maintain herd immunity varies according to how contagious a disease is. Often medical journals indicate a 90 to 95 vaccination rate is needed to maintain herd immunity against measles. But it might be notably lower for polio, which is less contagious.

JAMA Pediatrics published research last week confirming the Disneyland outbreak was probably caused by low vaccination rates. As many as half the people who were sickened with the disease were unvaccinated.

The 2014 Tennessee vaccination survey found that 95 percent of 2-year-olds in Knoxville and East Tennessee had completed the MMR series, which protects against measles, mumps and rubella (German measles).

Local vaccination rates were also very high in several other categories, such as the Hepatitis B series of vaccines, which had been received by 99 percent of East Tennessee 2-year-olds. (The East Tennessee region includes all the counties surrounding Knox and others north to Campbell and Scott and south to Monroe.) You really can’t get more protection than that.

In the state as a whole, 81.5 percent of kids get their recommended shots by age 2. East Tennessee as a whole clocks in a little lower, at 79 percent, but it nevertheless places third among the state’s regions.

The Exceptions
The news is not as good for poor children. The survey found that statewide, children on TennCare were significantly less likely to be fully protected against diphtheria, tetanus and pertussis, as well as the infection that causes meningitis.

Black 2-year-olds were slightly more likely to have full protection against measles and chicken pox than white children, the survey found. But they are 19 percent less likely to get the two flu shots required to protect babies. Children on food stamps also lag when it comes to getting the flu shots.

“What we are seeing now is that racial disparity really exists in Tennessee primarily around flu vaccine,” Buchanan says. “Why it’s lower is a good question. We really haven’t been able to sort out what the primary cause is of that.”

Although poorer families often don’t receive preventive care because of the cost, children who are uninsured or who have TennCare now receive vaccines for free, she notes.

She says the health department’s TenderCare program contacts families of children on TennCare to make sure those children’s shots are up to date.

The state is shifting to a new electronic system for tracking vaccination records. It was supposed to roll out in November, but technical kinks have prevented its being used yet, Buchanan says. It should eventually enable any doctor to immediately pull up a child’s records, no matter where the last shots were given, and flag the shots that are due.

“The hope is the new system will interface more easily with pediatricians’ electronic health records and we’ll have more real-time reporting,” Buchanan says.

And that could make it even harder for a child’s vaccination to be overlooked.

“Vaccines have successfully eliminated childhood illnesses that take the life or leave a child permanently disabled,” Buchanan says. “We know if everybody is practicing prevention, we’ll all be healthier.”