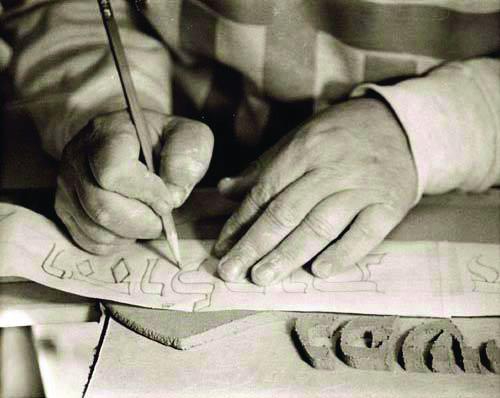 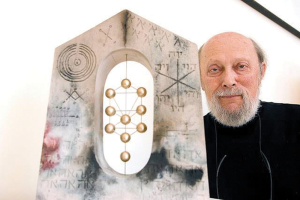 Arnold Schwarzbart died in Knoxville last week, at the age of 73, after a long illness. He was once best known here as a prominent modernist architect, the designer of unusual structures like the Knoxville Zoo’s main building and the LT Ross public building, but for the last 30 years, he was an artist—or “artisan,” the term he preferred. In terms of international acclaim, hardly any contemporary Knoxville artist was his equal. His work appears prominently in public spaces in other states and other countries. However, there’s a good chance you’ve never encountered his work. He devoted his design talents to the particular realm of art known as Judaica.

To most Americans, perhaps, it’s an esoteric field, but to observant Jews, Judaica is a familiar, useful, everyday art: lamps, Kiddush cups, amulets, and other symbolic objects. About 300 attended his funeral last week, and one of the several speakers remarked, credibly, that it was likely that most of the people in the room had some of Schwarzbart’s artwork in their homes. But his sculptures, lanterns, donor walls, and other creations appear in public places all over the United States, from Boston to Miami to Santa Fe, and also in Israel. A special exhibit of his work is currently on display at the Temple Beth El library. 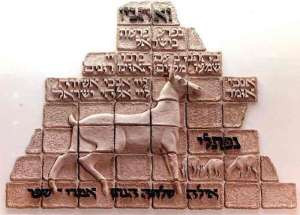 He might have seemed an unlikely Knoxvillian. Born in the Soviet Union during World War II, he was a small child when he moved to Vienna in 1945, the year the Nazis gave it up, and there he began his education. He learned several languages—Russian, German, Yiddish—but not English. It was thanks to his family’s kinship to Max Friedman, jeweler and popular city councilman, that they landed in Knoxville. Schwarzbart learned English fast, graduated from East High, and later was in the first graduating class of the then-new University of Tennessee School of Architecture.

Like most East Knoxville kids, he learned to shoot pool. It was a rare indulgence in a life devoted to his faith—a longtime member of Heska Amuna Synagogue, he was long involved in leadership of local Jewish organizations, and helped found the Knoxville Jewish Alliance—and his art, and his wife of many years, Mary Linda.