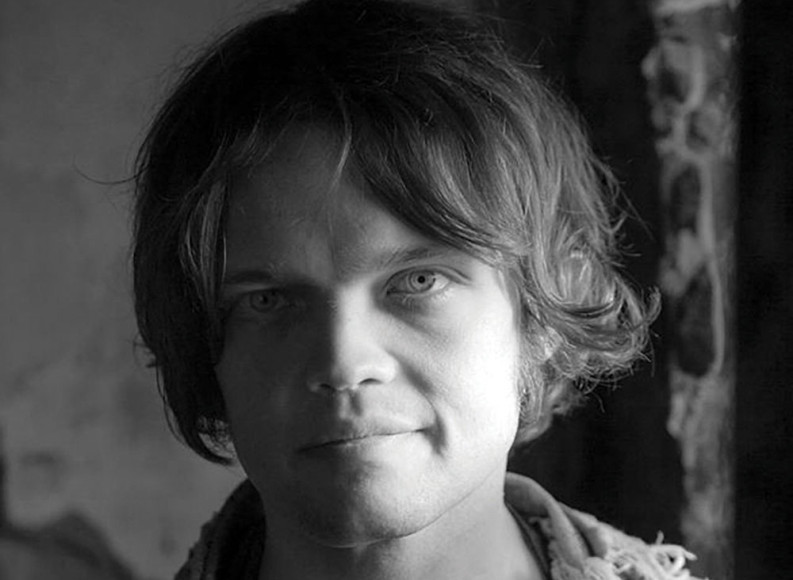 Nashville guitarist William Tyler, the son of a country-music songwriter, is most conversant in folk, rock, and country, but the diversity of acts he’s backed demonstrates his flexibility and range. His musical erudition is on display in his podcast, It’s All True, where he reflects on connections between works such as Gavin Bryars’ “The Sinking of the Titanic” and Stravinsky’s The Rite of Spring or Gregorian chant and American shape-note singing. These monologues on music also serve as launch points for musings on cultural history.

“I have just as much of a passion for history as music,” Tyler says. “I’m really interested in the way memory and nostalgia play into the way we shape remembrance of things that happened on a mass level. I’m interested in looking into economics, psychology, religion, and everything that goes on behind the scenes—what I call deep history, things you’re not taught in high school.”

This inquisitiveness made him the perfect choice to create music for a multimedia presentation reflecting on the Civil War. Duke University invited Tyler to collaborate with filmmaker Steve Milligan and theater director Akiva Fox on Corduroy Roads, a work based on the university’s recently acquired Civil War photographic portfolios of George Barnard and Alexander Gardner. These pictures were originally published in 1866 monographs sold in Northern states, offering a close-up view of the war’s violence and destruction. Reproduced in multiple books and films, many of the images have since become iconic, but Tyler says he and his collaborators wanted to present those familiar images in a new way.

“We wanted to say something different about the Civil War and the way it’s talked about and presented in our culture, and also create an immersive visual and audio experience,” he says. “I grew up in the Deep South, and the way the Civil War was taught and remembered in the South 50 years ago was pretty different than it is now. A lot of white people were still fighting that war during the Civil Rights movement.

“When I was a kid, the Ken Burns’ Civil War documentary was on TV, and that was a formative experience for me. Going back and rewatching it over the years, including leading up to doing this, I still respect the writing of people like Shelby Foote, but I felt some of them were disconnected or unwilling to admit the central evil that the war was about, which was slavery, and the way slavery played into the economics of our country at that time.”

Tyler is certainly not alone in seeing Ken Burns’ 1990 PBS series The Civil War as a formative experience. The nine-part, 11-hour series was a visually arresting populist exploration of what was, until then, a niche subject for academics and history buffs. Two and a half decades on, its style remains massively influential, not just on representations of the Civil War but historical documentaries in general. This popularity and influence extends to the soundtrack. The hymns, reels, and especially that plaintive wail of a lonesome fiddle rang in viewers’ ears long after the series ended. Tyler is quite conscious of how the Burns series looms large over anyone tackling this subject, especially a musician.

“What Ken Burns was able to do with that series I compare with what Kubrick did with 2001 or Spielberg did with Saving Private Ryan,” Tyler says. “He basically reinvented a genre. You’re in the shadow of it, sonically and visually. But I’ve written a lot of guitar work that’s rooted in vernacular music, so obviously some of it might sound like it could be in a Ken Burns documentary.

“So there are elements that will be familiar to people but also things that people might not expect. There’s a lot of atmosphere. I move between acoustic and electric guitar, and I have effects and ambient noise I run off a computer. It’s inclusive but abstract and experimental, too. I think Big Ears is a great platform for it.”