BIG EARS 2015: The Bad Plus - The Knoxville Mercury 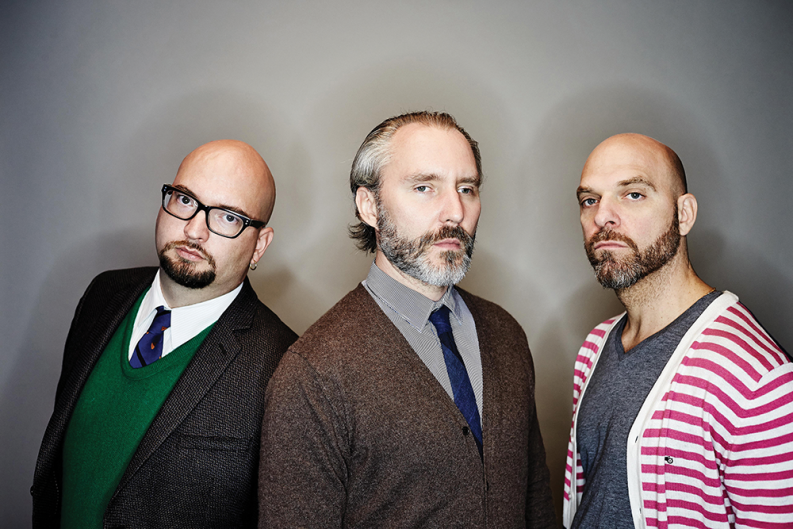 No band better exemplifies the limitless Big Ears spirit than the Bad Plus. Over the past 15 years, the Midwestern trio—pianist Ethan Iverson, bassist Reid Anderson, and drummer Dave King—has expanded the palate of contemporary jazz, layering hues of avant-garde rock and classical and pop into their expansive instrumental canvas.

The band established that multifaceted approach with their self-titled 2001 debut, which featured a mix of original tracks and left-field covers of Abba and Nirvana. On paper, the idea of recontextualizing a universally recognizable grunge hook into a post-bop groove whiffed of gimmick—but the group’s expressive transformation of “Smells Like Teen Spirit” proved the trio was way beyond kitsch.

For some casual listeners, the Bad Plus have become “that jazz covers band”—a misleading label that belies the sophistication of their style. Over the years, they’ve radically revamped everything from Rush’s “Tom Sawyer” to Vangelis’ Chariots of Fire theme to Black Sabbath’s “Iron Man.” But they’ve never once played it straight, instead using familiar melodies and rhythms as a gateway into experimentation. Take their 2003 cover of Blondie’s “Heart of Glass”—here, Iverson’s cascading piano lines and King’s propulsive snare rolls push the track into free-jazz territory.

It’s remarkable how a band this weird, this audacious, could indeed attract a consistent following for the past 15 years. But the Bad Plus’ malleability draws in a wide demographic—open-minded rock fans and jazz buffs looking for legitimate 21st-century fusion. The diehards love this band because they never know what to expect.

As part of their artist-in-residency stint at Duke University in 2011, the trio debuted an ambitious adaptation of Stravinsky’s 1913 orchestral piece The Rite of Spring. Last year, they recorded the road-tested material—40 minutes of chaotic dissonance and majestic texture, inspired equally by Yes and Duke Ellington—for their ninth studio album.

The trio also released an album of original tracks, Inevitable Western, in 2014. But for Big Ears 2015, they’re focusing on The Rite of Spring, with two back-to-back shows at the Bijou. They seem to realize the creative risks they’re taking—their Big Ears performances are playfully dubbed “On Sacred Ground.” But for the Bad Plus, traversing the unknown is the entire point.