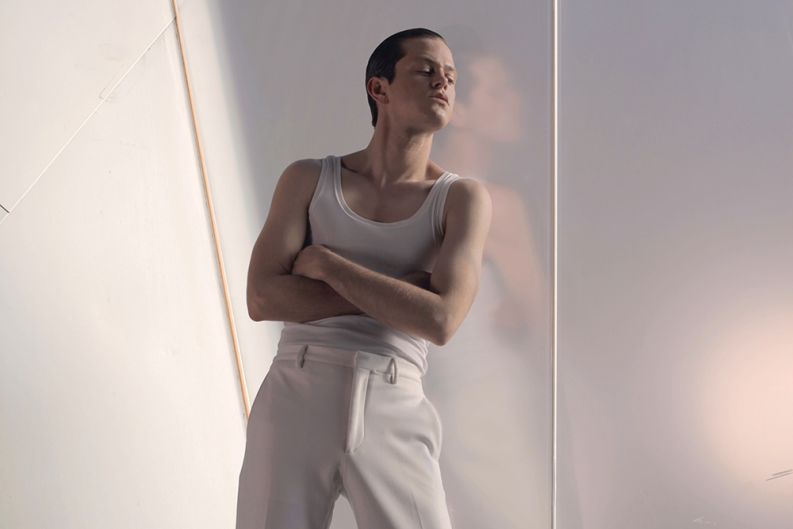 One of the most striking things about Big Ears’ 2014 resurrection was what seemed to be missing from its wide-ranging lineup: “big” names, at least as far as casual music fans were concerned. The festival’s previous installment, in 2010, had stayed true to its artsy intentions while also hosting acts like the National, Vampire Weekend, and St. Vincent, giving Knoxville an appreciated taste of the indie-rock festival circuit.

But as last year’s crowd suggested—and as this year’s lineup confirms—Big Ears no longer has to pander to popular interest. This shift corrects the imbalance that left many 2010 sets sparsely attended while general audiences camped out at the Bijou and Tennessee theaters; it also allows the festival’s few mainstream bookings to carry some weight rather than bearing a load.

This seems especially true of Mike Hadreas, aka Perfume Genius. Though his breakthrough album (and 2014 year-end-list fixture) Too Bright, produced by Portishead’s Adrian Utley, offered a bold sonic expansion on the modestly produced, piano-driven songs of his first two releases, its form and accessibility position Perfume Genius as Big Ears 2015’s most identifiably pop act.

That’s no dubious honor, but it is a highly relative one, as Hadreas’ halting tones and unflinching songwriting carry conceptual significance that fairly rivals the more head-scratching acts throughout the lineup. As the tremendous widescreen lead single, “Queen,” demonstrates, Perfume Genius’ work has a way of profoundly engaging Hadreas’ experience in a society struggling to reconcile gay other-ness.

“Though the direction of the album was partly a rebellious response to people suggesting I tailor or tone down the subject matter I usually deal in, I essentially just continued to create music that felt important and inspired to me,” Hadreas writes in an email interview. “The gayness of the music is just a result of my gayness. With maybe a few added ‘F YOU’s.’”

The response to Too Bright has expanded Perfume Genius’ audience from small clubs to headlined music halls and an eye-catching network TV debut on The Late Show With David Letterman. Hadreas has spent recent months appreciating the effect his artistic point of view has on those who needed to hear it from someone else.

“It is overwhelming sometimes just because my music is a lot less shy than I am as a person. But all the hugs after shows, the letters and secrets people tell me—that’s the reason I am writing the way I do,” Hadreas writes. “I remember looking to music for comfort and to quell
the loneliness I feel as an outsider. I am specific and explicit in my lyrics in attempt to be specifically and
explicitly helpful.”

As for being one of the few crossover acts at Big Ears, Hadreas expresses how honored he is to be a part of the festival but demurs to elaborate on how he thinks he fits in. Instead, he enthuses about all the shows he hopes to catch as a privileged attendee, including Tanya Tagaq, Grouper, Max Richter (“I have been a fan of his albums for years and consider them a big inspiration”), and “#$&^ing Swans.”

“All of the artists on the roster are all-in and truly intense in their own specific ways, which is something I really admire and hope to share,” Hadreas writes. “The lineup is INSANE. I am PUMPED UP.”