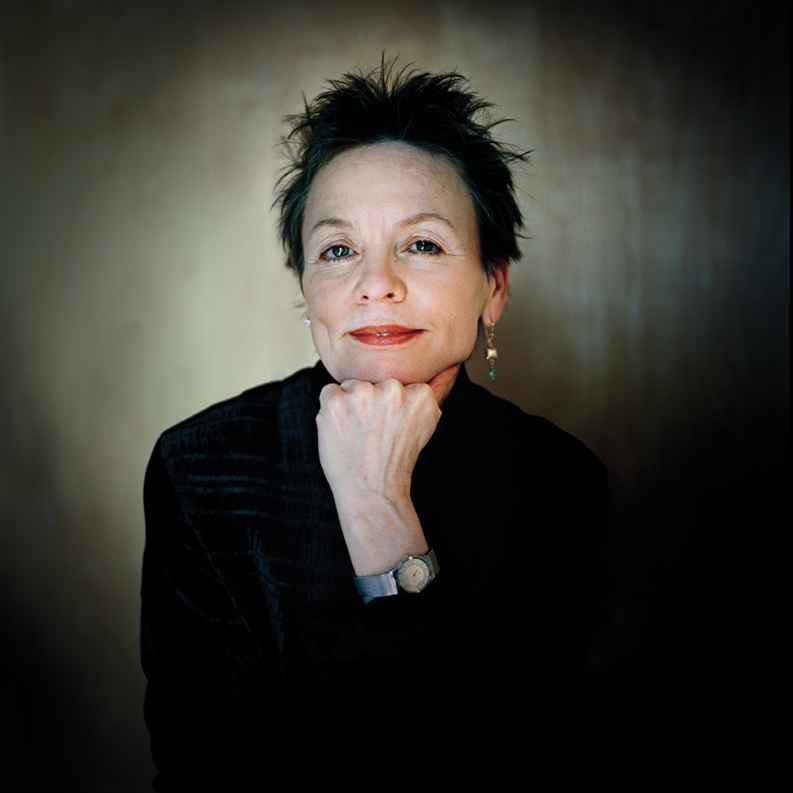 In October 2013, Laurie Anderson lost her partner of 21 years, 71-year-old rock icon Lou Reed. The music world has mourned profoundly ever since—but for Anderson, Reed’s death has led to reevaluating the meaning of life.

“It’s been a wonderful, kind of hallucinatory year for me,” Anderson told Time Out New York in 2014. “I’ve learned probably more than I’ve ever learned in my whole life, so it’s been really great, from that point of view. … I really, ah, kind of see things differently. Fundamentally differently now than I did a year ago. I’ve found that I really have to rethink pretty much everything I know about time, love, work. Just everything!”

Anderson’s work—as a musician, composer, visual artist, performance artist, photographer, filmmaker, inventor—is proof that art has restorative powers, that it can heal. After working as an art critic and children’s-book illustrator in the early ’70s, Anderson found her true calling onstage later in the decade, earning acclaim within the sophisticated New York performance-art and experimental-music scenes.

Then the unthinkable happened: In 1981, “O Superman,” a vocoder-driven single from her debut album, Big Science, rose to number two on the U.K. singles chart. The record transcended its era. Over three decades later, it still sounds unlike anything else, establishing Anderson’s unique blend of minimalist art-rock atmospheres and sharply satirical—and often profoundly moving—spoken-word pieces.

Ever since, Anderson has occupied a unique position in pop culture as a revered experimentalist who still attracts modest commercial attention. Her thrilling run of ’80s albums capitalized on the momentum of her left-field hit, blurring the line between avant-garde and pop.

Anderson is a savvy collaborator, constantly surrounding herself with talented partners, regardless of the potential pop impact. In 1994, she recruited Brian Eno to produce Bright Red, a bleak and insular reaction to her more accessible ’80s material. But regardless of personnel, Anderson’s style—her ethereal violin playing, her warm singing, her authoritative spoken word—is unmistakable.

Anderson’s most recent studio album is 2010’s Homeland, a haunting, hour-long song cycle about the absurdity of modern life in America. But she’s persevered through the last year and a half with admirable grace, both personally and professionally. Her latest project—and the focus of her Big Ears performance—is Landfall, a collaboration with acclaimed ensemble Kronos Quartet. Inspired by Anderson’s vivid experiences from Hurricane Sandy, the piece combines musically triggered pictorials with lush orchestrations and electronics.