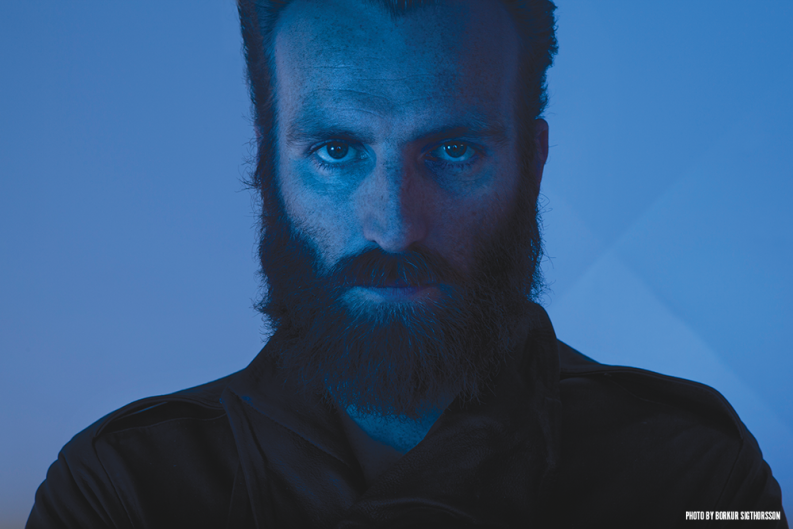 Ben Frost’s performance was one of the highlights of the 2010 Big Ears, and he returns to the festival to perform music from last year’s A U R O R A. Though his previous albums were characterized by a moody, dark, ambient vibe with intermittent flashes of brutality, A U R O R A is a volatile affair throughout. Gone are the elegant touches of piano, strings, and musique concrète, resulting in an album composed almost wholly of harsh electronics and the torrential drumming of Zs’ Greg Fox, Swans’ Thor Harris, and avant-garde MVP Shahzhad Ismaily.

The genesis of the album is Frost’s time spent in the war-torn regions of the Democratic Republic of the Congo, working alongside photographer Richard Mosse. Most reviews (and, to be fair, the press release) have mentioned Frost’s time in the Congo, implying or insisting that A U R O R A is “about” that country and its civil war. But Frost has concerns about the need to so readily explain or resolve creative works.

“The writing that’s been out there, it’s not wrong. It’s as true as anything,” Frost says from his native Australia, where he’s returned for a series of performances. “The mechanical reality of that record is that it was primarily forged in the back of a Land Rover in the Congo, but beyond that, I would encourage interpreting it subjectively. It’s an unfortunate reality we inhabit, where the need for immediate gratification and encyclopedic historical fact regarding very contemporary, brand-new objects are not only asked for but demanded by a modern media construct.”

Stripped of its narrative backstory, A U R O R A might sound like a warped kind of club music. At times it sounds like a nightmarish rave, the pulsing beats and shrill tones of house and techno exaggerated and distorted. But Frost approaches it from a different perspective.

“Many of my contemporaries who work in what is called electronic music came to it through the conduit of dance music or rave culture, and I guess you could say avant-garde electronic music sort of deconstructs dance music, or offers an abstraction of those ideas,” Frost says. “But I wasn’t listening to that kind of music in the ’90s—I was listening to Nirvana and the Pixies, so I came to it through an almost archival way. Any art form that has moved into the realm of retro or cliché is a ripe picking ground. The power in a lot of that music is obfuscated by something that makes it, not cheesy exactly, but ripe for parody, and that’s an unfortunate position ’90s dance music has found itself in. It kind of belies the importance of that music. It’s been an exciting trip for me to go back through that stuff and explore the sound of Detroit in the ’80s—that was all new to me.”

More clues to Frost’s intentions might be found in the album title. The Aurora lights are caused by charged particles from the sun entering Earth’s atmosphere, creating a spectacle that elicits awe from spectators. Frost has lived in Iceland for the past 20 years and had plenty of time to reflect on the Northern lights.

“In the realm of instrumental music, titles for songs and albums become even more poignant and can impose a narrative structure on the ear,” Frost says. “It’s one of the few opportunities I have to guide the ear towards ideas that were on my mind while making the music. I was looking for a title that could summarize the ideas behind the record. It has less to do with the physical reality of the Northern lights as it does with the perceived image of the Aurora from our point of view of this objective beauty, some kind of heavenly, benign force that’s there for our amusement. It’s not being interpreted as a manifestation of what it is, which is an extremely dangerous, violent outburst. It’s a fucking star vomiting out gamma rays directly at us and being sucked down to the magnetic core of the Earth. So often we think of beauty when we should be thinking of destruction.”