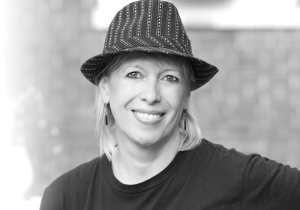 Staci Swedeen is the author of House Rules, a play about two brothers confronting the intertwined nature of hatred and love. It will be presented as a staged reading on March 21 at 3 p.m. at Theatre Knoxville Downtown, part of the Tennessee Stage Company’s New Play Festival 2015.

How long did it take to write House Rules?
It is actually one of my earlier plays. I wrote it a number of years ago and then put in the bottom of the drawer. I have occasionally pulled it out over the years to work on it and am delighted that Tennessee Stage Company is putting on a staged reading so that I can hear this draft for the very first time. There are not a lot of theaters that do new plays.

How long ago did you start it?
Well, if memory serves—and it often doesn’t—I believe Bill Clinton was in the White House during the first draft.

What do you do when you get writer’s block?
Take naps. Long ones. I think writer’s block can be a signal you need to shake things up a bit—not force yourself. Allow yourself to write a really bad draft.

Do you ever direct plays you wrote?
I really enjoy the process of working with the director and seeing what new insights and ideas they bring to the table. While I could direct my own work, I prefer to collaborate.

What’s been your biggest success as a playwright?
My play The Goldman Project was presented Off Broadway and I guess some people would say that was the “most successful.” But there are so many different definitions of success—the success of finishing a draft, making new connections, risking and trying something new.

Do people ever think you’ve based a character on them?
People sometimes do think I have modeled characters on them when I haven’t! That’s always such a compliment, because it means they can see themselves in that character. My husband is convinced I model most of the men in my plays on him. As far as this current play, it may come as no surprise that I have two brothers.

Do you change personalities if you are writing versus acting?
I think that writing and acting, in fact all creativity, comes from the same source. It’s something we all have access to. That said, when I’m writing, I find I need to spend a lot of time by myself. Acting, I need to be with other people.

Could you make a comfortable living writing or acting?
Did my mother tell you to ask me this question?

Then what would be your ideal day job?
Chocolate tester?

Who would you like as leads if this became a movie?
I originally pictured Robert Downey Jr. as the more troubled brother Jimmy. Can you get me his agent?