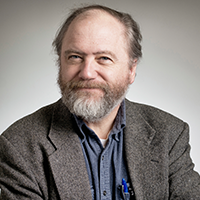 I’m just getting back out, a little, after almost half a year in a hole. I know 20 or 30 restaurant and bar owners, and want to be sure they know it hasn’t been anything personal. It’s just that I haven’t had a job to bring me downtown every day. Also, there’s the little matter that I’ve lacked an actual salary. I’ve been lunching almost entirely on ramen noodles, Jenny-O turkey franks, and peanut butter sandwiches. You can eat lunch for less than 45 cents, and if you do it right, it can be exceptional. I’ll write up some recipes.

But now I have a downtown office again. As a result, I’ve been having a good look around the old neighborhood. Like Mr. Van Winkle, I can’t help noticing some things have changed.

Market Square, for example, seems to have had some trouble weathering the winter.

Last October—in fact, I think it was the last week Metro Pulse existed—a correspondent remarked, with some sense of moment, that the Square was entirely occupied. Throughout its recent revival, there were always one or two vacancies. But in October, Market Square was officially full up. The only exception was one storefront, a stubbornly undeveloped first floor in the northeastern quadrant. It has occupied offices upstairs, so it can’t be called an empty building. The ground floor’s boarded up, but it’s not utterly vacant.

When was the last time the Square was this busy, my correspondent asked. I could not remember. That time wasn’t as recently as the 1960s. I know that without checking because that was the decade Cas Walker resolutely kept his store closed. He had been disgruntled with this pedestrian-mall foolishness. He wanted a big parking garage in the middle of the Square instead.

So Market Square in October, 2014, was doing better, at least in terms of street-level occupancy, than it had in my lifetime. In fact, if you count all the square footage, including the upper floors, I’m not sure it’s been that fully occupied since the 1920s or ’30s, when there were still several boarding houses on the Square.

But returning to the Square this March, I count five vacancies. Since October, four restaurants have closed, plus one specialty peanut shop.

I loved Steamboat’s sandwiches, and admired that for four years they stayed out of step with the trendier nightlife orientation of the neighborhood—but I never knew why Steamboat never offered outdoor seating. That has become de rigueur on the Square, both as an amenity to customers—it’s a major reason people like the place—and as essential advertising. Outdoor seating’s so common that if you don’t have it, people don’t notice you’re there, and open.

I didn’t understand Latitude 35, beginning with its name. It had a nautical flair, but that’s the latitude of Chattanooga, isn’t it? Knoxville’s a little closer to Latitude 36. I was there only a few times, and never got to know them. If they specialized in something you couldn’t get elsewhere, I never heard what it was.

I was once a regular at Shono’s in City, which I liked partly because of the counter-space option. It was best seven or eight years ago, when you could sit outside at the open-window counter. It was like eating Chinese food in the Bahamas. But over the years, their changing business plan, emphasizing the sushi bar, slowly ate it away.

And though I’m not a seeker of frozen desserts, I enjoy them when talked into it, and I enjoyed every time a friend showed me, once again, how to use those automatic Jetsons-style yogurt machines at Orange Leaf. I was never confident I could do it myself.

I’m not apt to call it a slump. Things will happen in these places, and I bet some of them will be restaurants. But I’d like to make a request, just as a customer who’s been lunching on Market Square since the Carter administration, and as a citizen who knows Market Square may be the single most important symbol of the city and its history: Do something notable here.

Be fancy if you feel you must, but be sure your menu lives up to your fanciness. But please, for my sake, dare to be unfancy.

Here’s my plea: Create an institution.

By that I mean a place with a reputation for one or two or three really good things that aren’t necessarily expensive, but are so distinctly different you won’t mistake it for anything else, and that you’ll crave if you move away and never find a substitute. It’s a place so popular you don’t necessarily expect to sit down right away, certainly don’t expect to be greeted. And you pay for it when you get it, and feel so privileged to be there, enjoying this great food, and moreover this unique experience, that you’re willing to sit on a stool or stand at a counter. A place you tell friends from out of town, “You’ve just got to see this place.”

I’m fond of a few general examples of what I’m talking about. The Billy Goat Tavern in Chicago, Ben’s Chili Bowl in Washington, the Original Oyster House in Pittsburgh, the Central Grocery in New Orleans.

Those places aren’t fancy, don’t have greeters, don’t have table service, and in fact you may have a hard time finding a place to sit. They’re cheap, even by Knoxville standards. They don’t try to please everybody. Some don’t take credit cards. But they’re so good at what they do, the delicious things they make, they’re famous. Some of them have books written about them. Presidents and movie stars visit them. They’re symbols of their cities, essential experiences for visitors, and they last for decades. They’re legends.

That’s a tall order, I know.