Night Mist: A Garage-Rock Rarity From Newport - The Knoxville Mercury 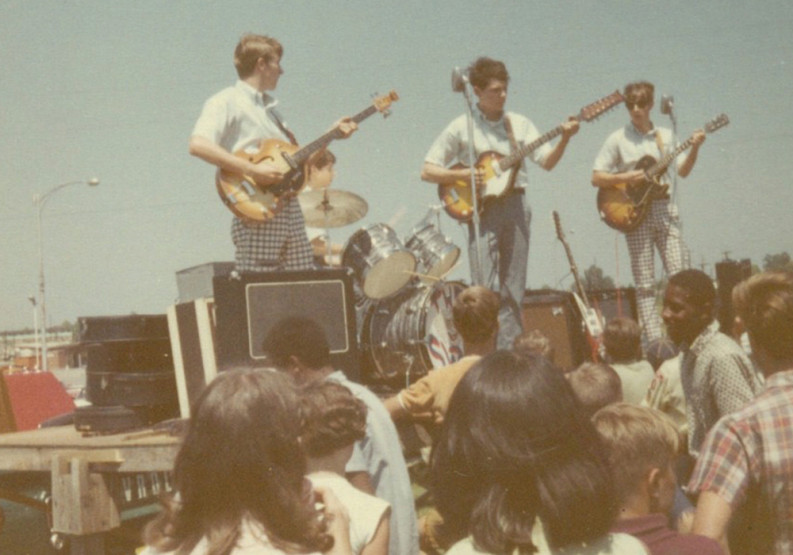 Walking rock ’n’ roll encyclopedia Nathan Moses, of Lost and Found Records, has never steered me wrong, but it just seemed weird when he told me about Night Mist, a band from Newport that recorded a great psychedelic rock single in 1967 that is now highly sought after by collectors. Newport’s known for a lot of things, but its ’60s psych-rock scene doesn’t exactly top the list.

It’s all true, though, as a quick online search reveals. Auctions on CollectorsFrenzy.com refer to the record as the “HOLYGRAIL” and “MEGARARE!!,” with a near-mint copy going for $827, the highest known price so far. An eBay seller in France is currently asking €799 ($840.67) for a copy.

Reissue labels such as Crypt, Norton, and the Numero Group have proved we shouldn’t be too surprised that great recordings have emerged from obscure and unlikely places, but I wanted to know just how this record came to be. So I tracked down Frankie Gorman and Terry Ottinger of Night Mist to find out more about the band.

In 1965, when they were high school freshmen, Ottinger and saxophonist Derry James started playing together as the Unicorns in Ottinger’s basement. They changed their name to the Shags, gained and lost some members, and finally settled on Night Mist, with Ottinger on bass, Gorman on drums, and Mike McMahan on guitar and lead vocals. 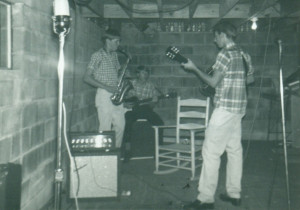 As the Shags, the group played covers of popular rock songs by the Beatles, the Rolling Stones, and Chuck Berry. Ottinger claims that, at their peak, they could play about 300 songs. (Gorman reckons it might not have been quite that many.) As Night Mist, they changed with the times and shifted into harder-edged territory. Gorman and McMahan became enamored with the psychedelic sounds of Jimi Hendrix and West Coast bands. You can hear this influence on the one 45 rpm single the band recorded, “Last Night” b/w “Janie,” released in December 1967. The record was recorded in downtown Newport at Vibrant Studios; though most records made there were issued on the Vibrant label, Night Mist self-released the single on their own M-F-T Records, named after each member’s first initial. Gorman and Ottinger estimate 250 to 500 of the records were pressed.

Both songs on the single were written by McMahan. The A-side is an upbeat affair that would be perfectly at home on a Nuggets or Pebbles compilation. McMahan’s aggressive fuzz guitar, especially the solo he rips about a minute and a half in, helps you understand why collectors covet the record. “Janie” runs at a more languid pace, with beefier guitar riffs and some surprisingly proto-metal drums. Ottinger’s bass gets a bit buried in the mix, but Gorman remember him “Walking around the neck, holding the pocket, and throwing out melodic notes with an edge.” The song fades just as McMahan begins a guitar solo, and you wish they would have left it going a few seconds longer.

Night Mist performed around East Tennessee and played as far away as Atlanta, in a club Gorman remembers as the Red Swing and Ottinger as the Velvet Swing. (Either way, red velvet was present and a swing hung above Gorman’s drum kit, so you get the idea.) They were a hit at the county fair and played numerous dances in Newport, but they weren’t popular with everyone in town.

“You gotta understand, this was Newport in the 1960s,” Ottinger says. “Our hair wasn’t even that long but it was too long for some. We got a lot of looks and some words said to us.”

Ottinger declines to say just what words were said, but Gorman repeats some stories that are reminiscent of the Deep South diner scene in Easy Rider. At times there were more than looks and words. The high-school principal, Gorman says, told him he couldn’t graduate with long hair and threatened to cut it. Gorman says a teacher offered two students an A in his class if they would cut Gorman’s hair, leading to a scene in the parking lot involving a large crowd, blows to the back of Gorman’s head, and some hair being cut. It only wound down after someone mentioned that Gorman’s grandfather was a judge.

The band broke up soon before Gorman headed off to college in 1970. He eventually earned a Ph.D. in Old Testament studies and was, at one point, the chair of religious studies at Bethany College in West Virginia. He now lives in Waynesville, N.C. Ottinger continued to play music in the Newport area, helping out as a performer and producer on gospel records. He is now a minister at Middle Creek Church of God in Cosby. McMahan died in a 1976 motorcycle accident.

Gorman and Ottinger are intrigued by the interest in their old band. Ottinger discovered the record’s popularity with garage-rock fans a few years ago, when he stumbled upon the Garage Hangover website. He even submitted photos to the site and filled in some details about the band. When I visited him at his home in Newport, he produced a scrapbook full of photos, articles, and handwritten notes, talking for well over an hour about his bands and other local musicians. Gorman, on the other hand, wasn’t aware of the record’s reputation.

“Glad to hear someone who remembers us,” he wrote in an email. “I fired up a Bic lighter and held the flame up I was so thrilled. I had no idea the record was of interest to anyone. I wish I had kept some that I gave away. $800. Damn. I could go on a world tour selling it and telling stories.”