Alabama Shakes Stretch Out on 'Sound and Color' - The Knoxville Mercury 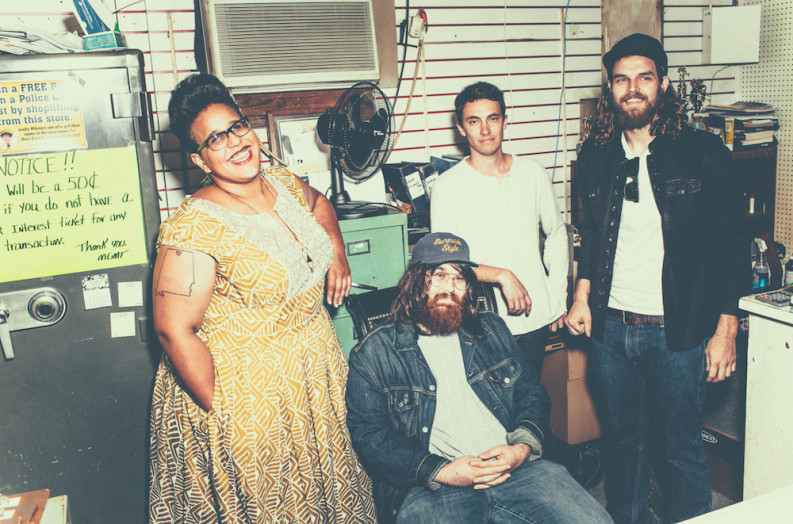 The best artists—the Kanye Wests and the Taylor Swifts—have this way of arresting you with their music, taking full hold of your conscious and unconscious brain, forcing you to give them your full attention. Alabama Shakes may not rank up beside those two names just yet, but the band’s first single, “Hold On,” from late 2011, indicated that one day they might.

“Hold On” was one of the most startling music moments of 2012, leading to the band’s solid debut album, Boys and Girls, selling 500,000 copies in the United States and to two appearances on Saturday Night Live, in 2013 and again this past February. The Shakes’ unexpected mix of blues and roots rock with indie—like an earthier version of the Black Keys, maybe, with a bracingly charismatic lead singer—made them instant media darlings.

Which made it all the more interesting to watch the massive influx of attention and success for what was formerly a part-time cover band called the Shakes, from a small town in North Alabama (Athens, to be exact). Singer Brittany Howard was looking for someone to start a band with but wasn’t having very much success. Then, one day at school, she saw a kid wearing an At the Drive-in T-shirt—something pretty rare in any school in that area. That was Zac Cockrell, who would become the Shakes’ bassist. Soon after, they met the other Shakes, guitarist Heath Fogg and drummer Steve Johnson. The band developed a rootsy twang that could only be made in North Alabama, with a sort of stomp and grind that sounds unlike most other contemporary and comparable acts.

Now, just a few years later, the band find itself set to release a much anticipated sophomore album. Sound and Color, the follow-up to Boys and Girls, will be released on April 21. On the new album, the band members hope to expand their sound but remain true to themselves. They note that they had more time to prepare and write for this record, which gave them room to experiment and move around in their own sound and themes. The new record, they say, is more “layered,” with more intricate and intimate attention to detail than could be found on Boys and Girls.

“Our sound has been influenced by bands in the South, but also by bands throughout the world,” the band writes in an email, collectively responding to interview questions. “We are pretty much all music junkies, trying to absorb and be influenced by as much music as we can possible get our hands on. That is why our sound and this album is so diverse. … We just try to stay grounded and keep the focus on the songwriting, recording and live shows. You always have to remember why you are doing this and for us, it is really all about growing as musicians.”

The band’s development shows on “Don’t Wanna Fight,” the lead single from Sound and Color. The song shares a groove with tracks from Boys and Girls, but Howard’s squeal here sounds almost extraterrestrial.

Surprisingly, being from an area close to Muscle Shoals and its famous recording studios hasn’t influenced them quite as much as one would think.

“We are fans of a lot of the music that came out of the Muscle Shoals area, but quite frankly some of us didn’t really know that much about it until we were a bit older,” they say.

They’ll be making their first appearance in Knoxville this week. Like many artists, they can’t wait to get inside the Tennessee Theatre.

“We hear it’s really beautiful and we are pumped to play there,” they say.