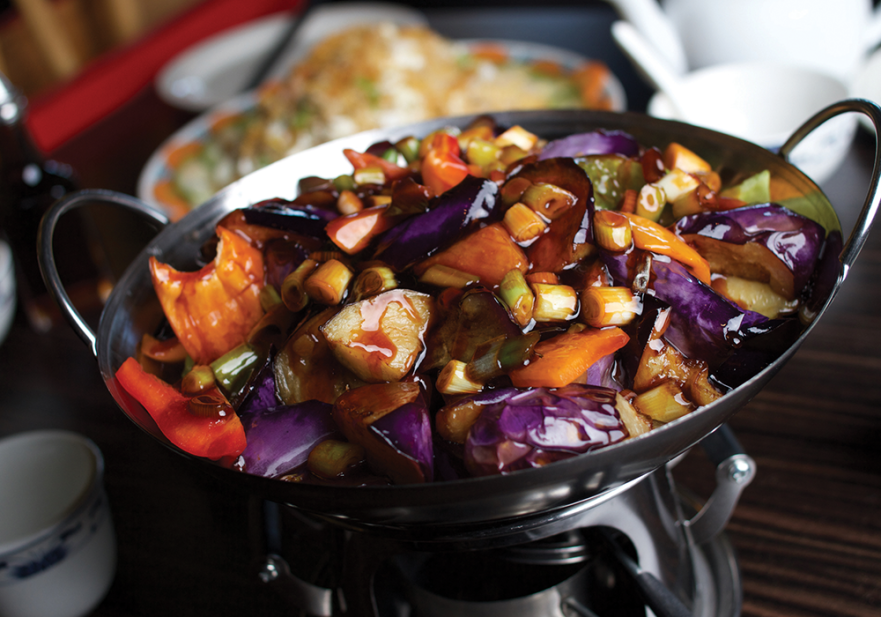 There are enough Chinese restaurants in Knoxville to make finding a plate of General Tso’s Chicken an easy effort. But where you won’t find this menu option, and other popular favorites like the fortune cookie or sweet and sour pork, is in China. The truth is there’s not much genuine Chinese food to be found in Knoxville’s restaurant population. Except, that is, at Asia Kitchen.

Located right next door to Sunrise Supermarket in Walker Springs Plaza, Asia Kitchen isn’t inviting at first glance—compared to the bright lights of another neighbor, Smoothie King, the place looks drab, even a little shabby. The interior isn’t much better: the space is dimly lit; an open stainless steel cooking station in the far corner stands unused except as storage for restaurant whatnots; and the whole decor seems out of date. There’s no cheery music, no PF Chang’s-like pizazz to be found—there’s almost nothing on the surface to entice the average Knoxville diner.

Asia Kitchen isn’t for everybody; but if you crave authentic experiences, make a visit. The full menu, available all day and offered in both Chinese (Mandarin?) and English, presents a slate of unfamiliar dishes: Shredded Pork in Garlic Sauce, Beef with Sour Vegetable, and the like. What you’re seeing are traditional options from one of China’s greatest and most misunderstood cuisines, Sichuan. 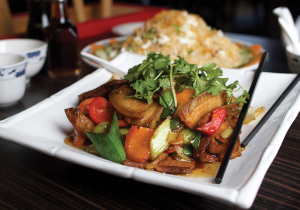 Some folks mistakenly associate this style of cooking (often spelled Szechuan) with tongue-searing heat, but it’s not defined by chili alone. The food is alluring because of a panoply of flavors that take basic salty, sweet, and sour elements and accent them with grace notes that are pungent, floral, and citrusy. Of course, there’s heat—but the best of Sichuan leaves the mouth a little warm but the lips numb and the pate awash in sweat.

When Asia Kitchen gets it right, the food is amazing. On two separate occasions I was taken aback by the sheer eating pleasure offered by Fragrant Eggplant with Ground Meat. Here, the hot pot comes to the table at a deceptive boil, but there’s only a little peppery warmth. Sweet, savory, and redolent of ginger, garlic, green onion and chili, the silky eggplant flesh and skin melts into a comfortable mouthful. You’ll hardly even notice the pork.

The menu isn’t forbidding; there are hibachi options, an incongruous pho menu, and even a section called “Well-Known Chinese Food.” But I wouldn’t bother with moo goo gai pan here—branch out or, if that’s all you can imagine eating, head elsewhere. But don’t be scared, the servers will try to dissuade you if they think you’re headed down the wrong track. (I had to fight for my right to tripe.) Instead, try Double Cooked Pork: steamed then stir-fried slabs of pork belly are tucked between thick scallions and whole garlic cloves in a mildly sweet, slightly hoisin-like sauce. There were a few pieces of pork that defied mastication, but mostly it was tender with unctuous bits of fat that demanded eating. Though listed under the “Hot & Spicy” section, it wasn’t remotely fiery. 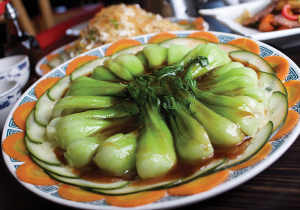 Most entrees are served with white rice. If you want vegetables, order a separate plate; on my visits, the Seasonal Vegetable with Garlic or Oyster Sauce was a tasty platter of bright green baby bok choy.

Admittedly, in the search for authenticity, I’m forgiving about matters of service and atmosphere. Five-star service is noticeably absent from Asia Kitchen, and it’s not uncommon for one dish or another to be unavailable. The staff isn’t apologetic; they’re honest and matter of fact about such matters. By and large, they’re friendly—but on Friday or Saturday nights, service can be spotty, even frustrating. So if those things raise your blood pressure, just stay away. But if you’re jonesing for real Chinese food, take a chance on Asia Kitchen.

Check out Dennis’ other picks for authentic Asian dining options in Knoxville.